U-23 Eagles Must Qualify For Olympics â€”Ugbade 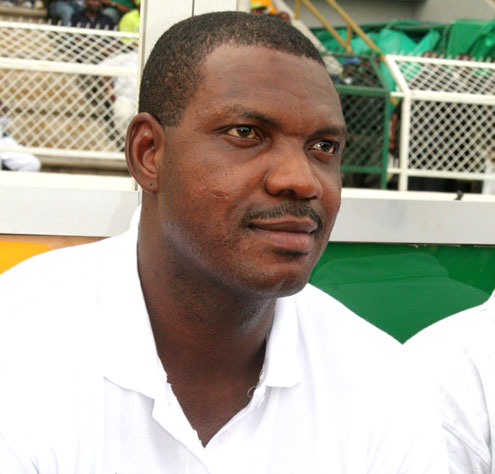 Former Nigerian international, Uduka Ugbadehas condemned the countryâ€™s U-23 Eagles to qualify for the football event of the London 2012 Olympic Games at all costs.

Ugbade believes that having lost the ticket to play at the football event of the All Africa Games to Ghanaâ€™s Black Meteors with their the defeat in Kumasi at the weekend, the Austin Eguavoen-led U-23 Eagles must see to it that Nigeria play at the London Olympics.

Though the team are still in contention in the ongoing qualifying series for the Olympic Games, Nigerians are sceptical of the teamâ€™s ability to scale the hurdles of the qualifiers to secure the ticket with the defeat in Ghana.

â€œItâ€™s so bad that we lost the ticket to play at the All Africa Games to Ghana, but the team must see to it that we do not lose our place in the Olympic train. They must qualify for the London Games,â€ he said.

Meanwhile, the Nigeria Football Federation (NFF) has confirmed that Nigeria is in the running to host the final Africa zone qualifying tournament for the Olympic Games.

The under 23 football teams from Algeria, Egypt, Ivory Coast, Morocco, Nigeria, Senegal, South Africa and Gabon have qualified for the final round of qualifiers for the football event of the 2012 Olympics.

The qualifiers comes in the shape of a mini tournament to be staged in a country of one of the qualified teams, with dates provisionally set as 2-18 December 2011.

The NFF has now confirmed that Nigeria is firmly in the frame to host the event.

Chairman of the NFFâ€™s technical committee, Chris Green, told SuperSport.com that a formal proposal has already been sent to the Confederation of African Football (CAF) in that regard.

â€œYes, we have sent a formal proposal to CAF as regard hosting the mini qualifying tournament. We believe our bid is solid as we have a great track record in hosting big competition.

â€œHopefully, we will be chosen as the host nation,â€ he said.

â€˜Severalâ€™ other countries have also indicated interest in hosting the event though the identities of those nations is still unknown.

â€œI can tell you that several other countries are also lobbying to host the event. It is very keen and competitive but we will try all we can to win this for Nigeria,â€ Green said.

Meanwhile, Green has attributed poor attitude to the failure of the Dream Team V to secure the ticket for the All Africa Games ticket.

â€œUnfortunately we lost because our boys put up poor attitude on the pitch for the 90minutes duration of the match. We did not play very well and we paid dearly for this lapse,â€ Green said.

He however assured Nigerians that the NFF will ensure the team qualify for the 2012 London Olympics.

â€œWe have lost the ticket to All Africa games, but all hope is not lost. The Olympics qualifiers is still there and the NFF must prepare the team to be in good shape to qualify for the competition, which has more prestige than the All Africa gamesâ€™ he said.