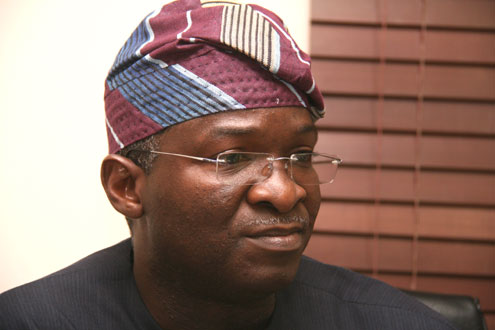 Lagos State Governor, Mr Babatunde Fashola (SAN) on Thursday flagged off the Year 2011 Tree planting campaign day in the State with a charge to everyone that it is not enough to plant a tree but to preserve existing ones and protect them from those who may wish to cut them down for any reason.

Governor Fashola who spoke at the Oyingbo Bus stop venue of the Year 2011 Tree planting exercise with the theme: â€œA Tree for Lifeâ€ reasserted that it is not lawful for anybody to cut down any tree in Lagos without permission from the Ministry of Environment.

The Governor who urged everyone to go out and plant a tree, explained that the cutting of trees threatens not only the economy, health but also the planet, adding that trees will also help erosion prone areas such as Ifako- Ijaiye and Obawole to check the menace.

He expressed gladness that efforts of the State Government in urban forestry which commenced in 2008 have been widely accepted by the people of Lagos State, describing it as phenomenal step that has endeared Lagos to many environment advocates both at home and abroad.