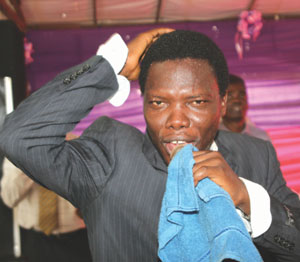 According to him, the video is surely another award wining effort as its production is being handled by experienced director who his giving his all into the project with the use of hi-tech equipment.

He added that the high point of the project is the dancersâ€™ unique style, especially to the hit track dubbed Ge, ge, ge, ge, which is spectacular.

Thanksgiving video, shot at Mega Plaza, Victoria Island and Punch Estate, is to be released on the stable of Mega Music and it contains tracks such as Eba Mi Dupe, Kilo Yemi, Eje Kama Dupe and Ge ge ge ge, the hit track, among others.