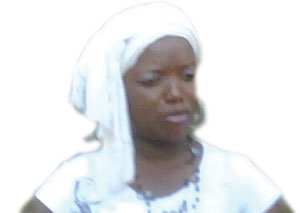 A woman, Janet Erese Peters, has been charged to Isolo Magistrateâ€™s court for allegedly using a machete to cut her bosom friend, Gift Ikem, for sleeping with her lover.

The 25-year old Janet was alleged to have used sharp cutlas to cut Gift several times.

Gift sustained serious injuries as a result of the cuts and was rushed to Isolo General Hospital where she is being treated.

P.M.NEWS gathered, that Gift sneaked into Janetâ€™s loverâ€™s house simply known as Fred and was having sex with him when she caught them in the act.

Janet said she told Gift that she was in a serious relationship with Fred and that she asked her why she went behind her back to sleep with him.

She said Gift said that she had no intention of snatching Fred from her. She said she only wanted to sleep with him.

Gift confessed to Jonet of sleeping with Fred and pleaded for her friendâ€™s forgiveness.

This, Janet could not bear and she reportedly went outside and brought a cutlas and attacked Gift with it.

Fred, afraid that Gift might die, went to Olosan Police Station and reported what happened.

Janet was arrested and charged to court for assault under section 335 of the criminal code 2004.

When the matter came up at the court, she pleaded not guilty.

The presiding magistrate, Mrs. A. K. Kubeinje granted her bail in the sum of N200,000 with two sureties.

The matter has been adjourned till 30 October, 2011 for hearing.