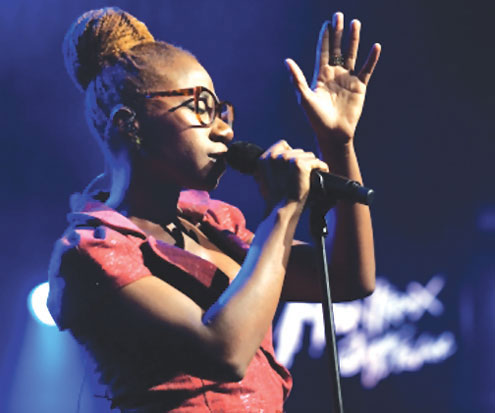 Recently, Nigeriaâ€™s soul export Asa joined an exclusive league of musical greats, as she performed at the 44th edition of the prestigious Montreux Jazz Festival in Canada.

The three-week long annual event held from 1-16 July had Asa as one of the youngest at the festival, alongside Grammy award-winning jazz bassist and singer Esperanza Spalding and others.

Apart from being one of the few Nigerians to have performed on that platform, it was Asa who was selected to perform alongside Seal at the Stravinsky Hall.

Since renowned Swiss Claude Nobs founded the event, it has become an annual gathering for lovers of jazz from all over the world.

â€œAll the musical greats have been at Montreux,â€ Asa says, revealing that she has followed the festival closely and collected and studied videos from previous editions. â€œItâ€™s exciting to join the list. This is huge!â€ she said.

Showbiz Trends learnt that videos from the show, distributed by Eagle Vision, will be made available to the public soon. Asa has been touring the world since January as has become an annual tradition with her, booked for big cities and small towns across Europe.

â€œAsa was not one to publicise her tours previously as itâ€™s a given for any serious artiste,â€ a representative said. â€œBut fans have complained about short notice, and so here we are!â€

Straight from the Montreux Jazz Festival this July, Asa will be in Aix Les Bains, La Rochelle and Nimes in France, as well as Wiltshire in the UK. The diva has a three-day show already scheduled for between 14-17 September in Nigeria.