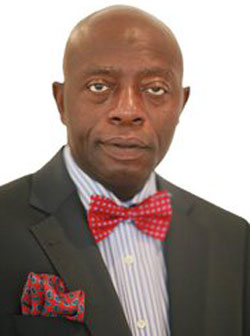 The remains of Lagos politician and businessman, Al-Mustain Alade Abaniwonda, who slipped into a lagoon on Monday, were retrieved this afternoon, almost 48 hours after he drowned near the Marine Police office on Lagos Island.

A family source confirmed to P.M.NEWS that rescuers found Abaniwondaâ€™s bloated corpse around the Bonny Camp waters, with his clothing intact and his wristwatch still on him.

The source argued that â€œthe fact that we discovered his body with everything on him intact, puts a lie to earlier media reports that he removed his top and wristwatch before he purportedly dived into the lagoon in apparent suicide.â€

â€œHe could not have jumped into the lagoon, he had no reason to do that,â€ she insisted amidst tears yesterday at their Victoria Garden City (VGC), Lagos residence.

Meanwhile, the family source said the late Abaniwonda, a Muslim, is to be buried this evening, according to Islamic rites, at the Victoria Court Cemetery, along the Lekki-Epe Expressway.

After being retrieved from the lagoon, his body was earlier taken to the Lagos State University Teaching Hospital, LASUTH, Ikeja, for autopsy.

The deceased politician, reportedly drowned after he ordered his driver to stop on the highway so he could pee at a public toilet near the lagoon.

According to the wife, her husband had been diabetic for many years, so he urinated frequently, because he had no stamina to hold it.

â€œAs the driver told us, they were on their way from an official engagement in Apapa yesterday, (Monday), when my husband in his usual manner told him to stop so he could pee. My husband got down apparently to look for where to urinate. He was said to have asked some boys around and they showed him the public toilet.

â€œWe learnt that on getting to the toilets, they were locked and he couldnâ€™t wait for the person with the key. Not knowing that the sides of the public toilets were slippery; he positioned himself to pee, but rather he slipped into the lagoon. And thatâ€™s the point at which the problem began,â€ Kuburat told a national daily, The Nation in an interview.

The late politician contested as Senatorial candidate of the Peoples Democratic Party, PDP, in the April elections, in the Lagos East Senatorial zone, but lost to the rival Action Congress of Nigeria, ACN, candidate, Gbenga Ashafa.

Abaniwonda, a Management consultant, was also on the list of 10 ministerial nominees from Lagos State sent to President Goodluck Jonathan for consideration, but also lost out.