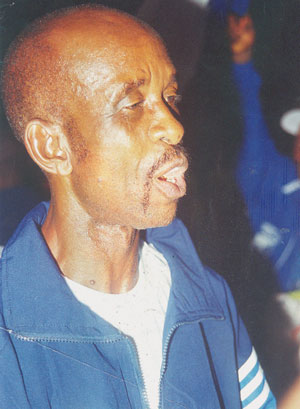 Despite holding Enyimba International FC to 2-2 draw in weekend’s CAF Champions League group match in Aba, coach of Al-Hilal of Sudan, Micho Sredojevic believes The People’s Elephant will make the semi final of the tournament.

Sredojevic, whose side came from trailing Enyimba 1-2 to score to a valuable equaliser with less than five minutes to the end of the cracker, did not mince his words while analysing the tie.

“Enyimba were not easy for us. They are a dreadful side and I think we were lucky with the draw we had in Aba. It’s a result that will boost our chances for the semi final and I have strong believe that Enyimba will also make the last four at the end of the group games,” the Serbian told P.M.Sports in Aba.

The Hilal coach further disclosed that he had enough information about Enyimba, which helped their players to capitalised on the weakness of the host club in Aba.

Man of the match on the Sudanese side, Edward Sadomba, opened scoring for the visitors in the 25th minute when he beat defender Ekene Iwuorie before slotting the ball behind goalkeeper Cijioke Ejiogu.

Enyimba came back into the game barely three minutes of the second half with a goal score by defender Valentine Nwaebili and increased the tally via a 60th minute header from Uche Kalu.

But the visitors leveled scores towards the end of the tie when Sadomba netted the decisive equaliser through a similar defensive error by Iwuorie.