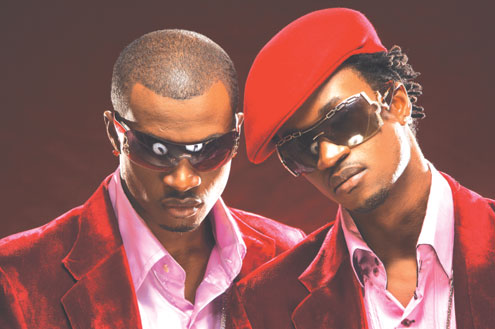 The fifth album of multiple award-winning duo of Paul and Peter Okoye popularly known as P-Square, will be released on Monday.

Unlike their previous albums, Invasion will be jointly marketed by the three biggest music marketers in Nigeria, T-Joe, Obaino and Ahbu Ventures.

P.M. Entertainment gathered that the album comprises several genres of music including reggae and techno, while some of the tracks are Asankpokoto, Beautiful Onyinye, Chop My Money, Jeje, Ole Buruku, Forever and Bunieya Enu.

Meanwhile, an album release concert holds at the Expo Hall of Eko Hotel and Suites, Victoria Island next week Saturday.