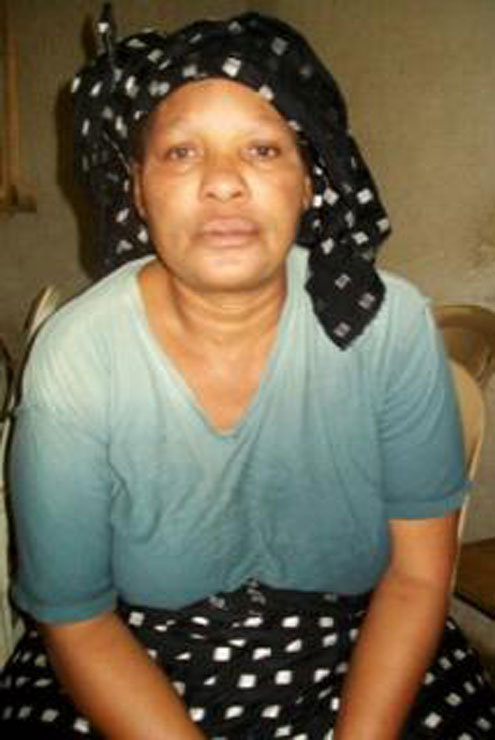 The National Drug Law Enforcement Agency, NDLEA, has arrested one of late Fela Anikulapo-Kutiâ€™s wives with substances suspected to be cannabis, the agency said in a statement today.

The suspect, Najite Anikulapo-Kuti, was apprehended within the week alongside a lady who was a former dancer for the music legend and a man at her Ikeja residence, Mitchell Ofoyeju, the NDLEA Head of Public Affairs, said.

A total of 340 grammes of dried weeds of cannabis were recovered from the suspects during search.

NDLEA Lagos State Commander Alhaji Sule Aliyu disclosed that the arrest of the suspects and seizure was made following a tip-off.

â€œThe suspects were arrested at Gbemisola Street, Ikeja. The substances recovered from them tested positive for cannabis,â€ the Commander stated.

The Chairman and Chief Executive of the agency, Ahmadu Giade, said that the case is under investigation.

He said: â€œthe arrest has been brought to my notice and the case is under investigation.â€

Najite who hails from Delta State has a daughter for the late music legend, the agency said.

â€œThis temptation should have been resisted by me,â€ she reportedly said.

Richards who used to be dancer with Fela said that she sells cannabis to sustain herself.

The single mother with a three-year old son was found in possession of 170 grammes of cannabis.

In her words, â€œit was the demand of my customers that pushed me into cannabis trade. Most of them prefer to smoke hemp when drinking beerâ€.

The last suspect, Arinze, who in his confessional statement said that he sells cannabis in night clubs was found with 120 grammes of hemp in his pockets at the time of the arrest.

â€œI was drinking beer at Mamaâ€™s place when the officers came and found the hemp in my pockets. I used to sell hemp in night clubs to survive,â€ he was quoted as saying.

He hails from Asaba in Delta State.