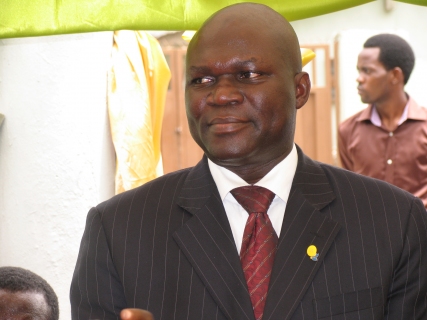 The Presidency on Frida defended the decision of President Goodluck Jonathan to receive David Cameron, the Prime Minister of Britain in Lagos earlier this week, instead of Abuja, the nationâ€™s capital.

In his maiden interactive session with the State House press corps, Reuben Abati, Senior Special Adviser to the President on media and publicity described as false reports that Cameron was hosted in Lagos because of fears of Boko Haram dissident group arguing that Abuja is not under siege.

According to the Presidential spokesperson, other world leaders have been hosted in Abuja without any untoward event. â€œAbuja is not under siege. You will recall of course that it is in the same Abuja that Nigeria hosted German Chancellor, Angela Markel. So, where did the story comes from that Prime Minister Cameron was running away from Abuja? I think there was an element of mischief in that storyâ€, said Abati.

He also said the reports in some newspapers that President Jonathan has violated the sovereignty or reduced integrity of Nigeria by hosting the British Prime Minister in Lagos is not only an exaggerated, but also did not take into consideration the nature of the visit.

â€œSecondly, the Prime Minister has been scheduled to give a lecture at the Pan African University and its even reported in the papers, so Mr.

President goes to Lagos to receive him. So, I donâ€™t see how that amounts to violation of sovereignty of Nigeria,â€ he added.

He further argued that Lagos where the British Prime Minister was hosted is part of Nigeria, just as the State House, Marina where the President received Cameron is a government premises.

Abati also reacted to insinuations that the President was slow in constituting his cabinet, contrary to expectations of Nigerians and that the number of ministers appointed by the Jonathan is too high.

The Presidential spokesperson recalled that since the National Assembly embarked on recess immediately after its inauguration, there was no way the President could had made the list of his ministers public without violating due process.

â€œWhat the President has done with nomination of ministers is to ensure that due process was followedâ€, argued Abati. He recalled that the list of ministers was presented to immediately the Senate resumed sitting.

The Presidential spokesperson also said the President only kept to constitutional demands in the number of ministers he appointed. He said the concern about the size of the cabinet should be directed at seeking amendments to the constitution which mandated the President to appoint at least one minister from each of the states of the federation.

â€œIf we are really disturbed about the kind of realities we are dealing witn, the place to start is to amend the relevant sections of the constitution and to insist that National Assembly should go back and take a look at that part dealing with the appointment of ministersâ€, said Abati.

When it was however pointed out to him that there was no provision in the constitution for appointing ministers to represent geographical zones as the President did, Abati said political realities sometimes required that some balancing must be done. He defended the quality of men appointed into the cabinet by the President, arguing that contrary to expectations by some people, they are not just politicians, but well qualified technocrats.

The Presidential spokesperson also revealed that the President has not come out with any number of agenda so as not to give the impression to the ministers that one area is important than the other.