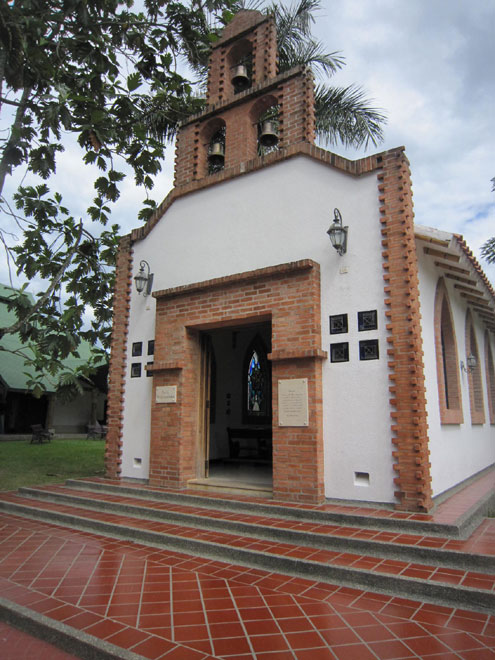 Reports from Colombia, venue of this yearâ€™s FIFA U-20 World Youth Championship, WYC, say Nigeriaâ€™s first round foes, Saudi Arabia, have demanded that a church at their hotel in Armenia be pulled down because they are putting up in the premises.

Media Officer of the Flying Eagles, Sam Audu, told P.M.Sports from the teamâ€™s camp early today that a news report by one of Colombiaâ€™s leading television stations, Caracol, says that the Saudis, who are Muslims, have asked that the church built inside the sprawling Las Camelias Hotel Campestre be brought down.

The church is directly behind the hotel, which is nestled in a thick forest. â€œEveryone was dazed when the Saudis ordered that the House of God be demolished,â€ Audu said.

It was gathered that the manager of the hotel has reacted by saying there is nothing they can do about the church, adding that FIFA saw it before it approved the hotel to host the teams for the WYC.

According to Audu, the Saudis reluctantly checked into the hotel yesterday evening.

â€œColombia is predominantly Catholic and in both private and public places symbols of that faith are proudly displayed,â€ the Flying Eagles Media Officer stated.

FIFA is yet to react to the development as at the time of filing this report, but Nigerian players and those of the other teams are not comfortable with Saudisâ€™ stand on the church.

The four teams in Group D, Croatia, Nigeria, Saudi Arabia and Guatemala will stay at the 101-room hotel.

Just as Nigeria, Saudi Arabia will play two games in Armenia. They take on Croatia on Sunday, after the clash between Nigeria and Guatemala on 3 August, and will tackle Guatemala also at the venue.

The 21,000-capacity Estadio Centenario will also stage a second round match.

Nigeriaâ€™s Flying Eagles are one of the countryâ€™s most successful sides having won the African Youth Championship a record six times.

At the World Cup stage, the Nigeria U-20 squad have twice lost in the final of the FIFA U-20 World Cup and were third at the 1985 edition in the former Soviet Union.

Their last AYC triumph was in May this year, when the current team beat Cameroon 3-2 in a thrilling final in Soweto, South Africa.

To reach the 2011 AYC they had to beat both Mauritius and Guinea in the qualifying series.

The core of this team is from the Golden Eaglets Class of 2009, who were beaten by Switzerland in the final of the FIFA U-17 World Cup on home soil.

They prepared for the World Cup with residential training first in the southern Nigerian city of Port Harcourt before they left for a more concentrated training in Faro, Portugal.

They rounded off their World Cup build-up before featuring in a four-nation invitational tournament in Panama, where they played goaless draw with Panama and lost two games, 2-0 to Portugal and 4-1 to Mexico.

They are solid in defence and with the right service from midfield, they can run up the scores against the other teams.