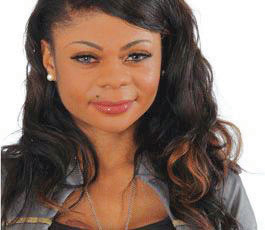 All is now set for the grand finale of the Big Brother Amplified reality TV series this Sunday, 31 July, as the road came to an end for Zimbabweâ€™s Vimbai, Zambiaâ€™s Kim and Ugandaâ€™s Millicent, during last Sunday eveningâ€™s eviction show, clearing ways for two Nigerians in the houseâ€”Karen and Vinaâ€”for better shot at the prize money of $200,000 each to two eventual winners.

Vimbai couldnâ€™t help but breakdown and cry on stage when she watched her highlights from the House. She walked off stage after her interview, bawling with her hands covering her face.

Big Brother Africaâ€™s â€˜Chief Crierâ€™ Kimâ€™s eviction was less teary, with the Zambian lass insisting her fellow Housemates donâ€™t spoil her snazzy hairstyle. Itâ€™s no surprise that there were no tears though, because she swore she would not cry if evicted. She and Lomwe shared one final clinch in the garden before she disappeared behind the big eviction doors.

Millicent was given her marching orders, but seemed to have an awesome time flirting with her fans on stage.

This reduces the female advantage that has existed since the show starts in May. The finals will include three guys: Lomwe, Wendall and Luclay and four ladies, Sharon O, Vina, Hanni and Karen.

Will there be a female winner this season? But beyond the sex gender, another dynamic to look out for is how Nigeria, winner of the last two seasons, will vote between Vina and Karen in the few days to Sunday.