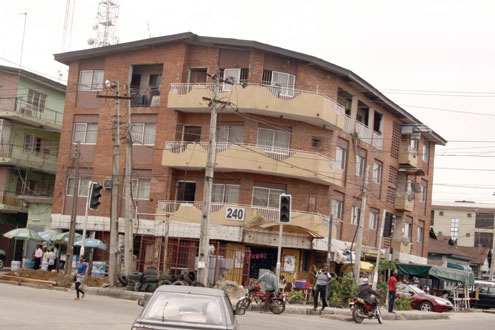 Investigations revealed that one of the ejected tenants who had an axe to grind with the owner of the house misled our reporter. A source said there was nothing wrong with the building at 240, Herbert Macaulay Way, adding that the foundation was as strong as ever. He explained that the ejected tenant owed the old landlady five years rent and refused to pay but was kicked out by the court last year.

We apologise for the mix-up and any embarrassment caused the landlady of House No. 240, Herbert Macaulay Way, Yaba.