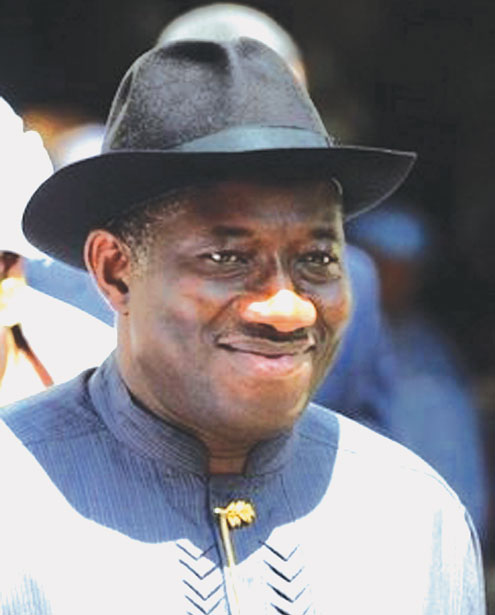 President Goodluck Jonathan Thursday insisted that he will not take advantage of the proposed tenure amendment bill to elongate his tenure of office even as he said Nigerians will ultimately determine the fate of the constitutional amendment being sought by him.

The Presidency also revealed that President Jonathan will forward the bill for the constitutional amendment to the National Assembly before the end of August 2011 in spite of the opposition against it since the presidency officially confirmed it was in the offing last Tuesday.

The President assured that he will vacate office at the expiration of his tenure in 2015 and allow other political gladiators to slug it out whether the proposed one-term bill for presidents, governors, members of the national and state assemblies sails through or not.

Reuben Abati, Special Adviser to President Jonathan revealed this to journalists in his weekly media briefing at State House today. The Bill has also been slated for discussion and approval of the Federal Executive Council, FEC, in the next two weeks.

“I believe what it means in very clear terms is that the president will not be a beneficiary. In other words, the president will not come in 2015 to benefit if the amendment says so because, if he tries to do that, those saying it is an attempt at tenure elongation will have been vindicated. And he is fully aware of the concern of Nigerians and resolute in upholding that statement that he will not be a beneficiary.

â€œI donâ€™t see anything that can be more categorical than that. That is quite clear. I think the statement he made in Addis Ababa shortly before elections was that he will not seek a second term in office,â€ added Abati.

â€œAt end of the day, all of these will be the decision of the Nigerian people. But all of us are free to contribute to the national debate without acrimony, without name calling, we have to develop a system whereby we operate at the level of ideas so that we can raise the quality of thought in our environmentâ€, said the Special Adviser.

The presidential spokesman also said details of the constitutional amendment being sought by Jonathan will be known to Nigerians after the proposal becomes a bill. Abati had last Tuesday confirmed plans by the President to send a bill to the National Assembly that will lead to amendments of provisions that stipulates two tenure of four year each for the president and the state governors. The proposed amendment will provide for a single tenure of longer duration for the elected officials. The amendment will also lead to the extension of tenure of lawmakers.

The President had hinged the proposal on the need to reduce the cost and acrimony associated with elections. He had also argued that with longer tenure, elected officials will be more focus on the business of governing, instead of preparing for re-election nearly immediately after they were sworn into office.

However, the proposal has come under heavy criticisms as it is feared that the President is working to extend his tenure of office through the bill.

He however said ACN was not one of the parties that made the recommendation. The President who said he was the Chairman of the Committee however affirmed his support for the single tenure proposal as he said it will help reduce acrimony and cost of elections.

“It has nothing to do with the four year presidency that Nigerians have given to us. We just wanted to clarify it and I think we need to mention that it was not my idea; it was the idea of the committee that I chaired which we believe those of us, the majority members of the committee believe, is the best option,” Jonathan who reiterated that he will not be a beneficiary of the constitutional amendment said.

The President said he has to speak on the issue as a result of the controversies it is already generating in the newspapers.

Jonathan also said he has not consulted with the leadership of PDP and the National Assembly over the bill. According to him, the news about the impending bill was leaked to the press even at the stage of consultation.