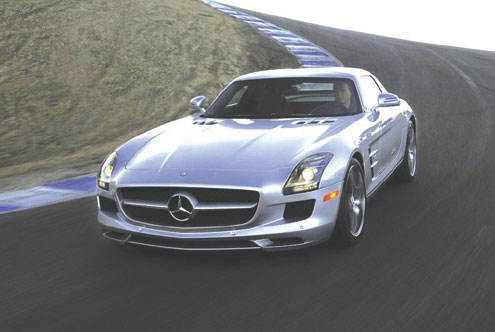 In a recent readersâ€™ survey conducted by the major German motoring magazine, auto, motor and sport, the Mercedes-Benz S-Class was awarded the best car in the luxury car segment while the Mercedes-Benz SLS got the award for the best sports car. For two years in succession, the SLS has, therefore, been voted the â€œbest car of the yearâ€ in its category. The S-Class saloon on the hand, has likewise won this coveted award several times in recent years. This confirms that these cars from Stuttgart enjoy an exalted position.

The motoring magazine, auto, motor and sport, has been conducting its vote for the â€œbest cars of the yearâ€ since 1977. This time more than 90,000 readers took part in the longstanding survey to decide the best cars of 2011. The editors of auto, motor and sport gave their readers a choice between 315 vehicles in 10 categories, among 40 brand-new candidates. In the luxury car category, the readers voted the Mercedes-Benz S-Class in first place, as numerous times before. This was in recognition of the exceptional position that the worldâ€™s best-selling luxury saloon has occupied for several decades. The shining attributes of this prestigious saloon include a high level of comfort on long journeys and innovative technology that is unrivalled anywhere.

In the sports car category, the readers of auto, motor and sport gave first place to the Mercedes-Benz SLS AMG. This super sports car won the vote for â€œbest sports car of the yearâ€ when it first entered the lists in 2010.

With its exciting design and gull-wing doors, the Mercedes-Benz SLS AMG harks back to that sporting legend of the 1950s – the 300 SL. The super sports car also dazzles with its exquisite technology which includes such highlights as an aluminium space frame body shell, AMG 6.3-litre V8 front-mid engine with dry sump lubrication as well as a 420 kW (571 hp) and 650 Nm of torque, seven-speed dual-clutch transmission in a transaxle arrangement and a responsive sports suspension.