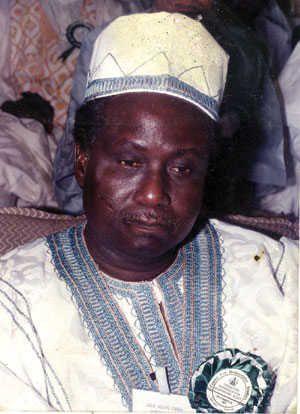 The Chairman, Medical Advisory Committee and Director of Clinical Services, Dr. Jesse Abiodun Otegbayi, confirmed the death of the former governor to P.M.NEWS this morning.

Dr. Otegbayi told our correspondent that the corpse of the ex-governor was brought to UCH about 8a.m today by his family, who reported that he was found dead on his bed this morning.

He said that the cause of the former governorâ€™s death would be known after post mortem has been conducted.