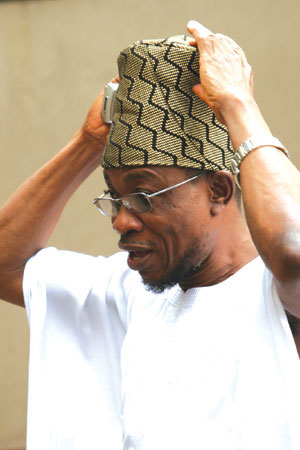 The congratulatory message is contained in a special album entitled Ogo Ijesa, on audio CD.

The album is a four tracker in which he also eulogises the paramount ruler of Ijesaland, Oba Adekunle Aromolaran, the Owa Obokun Adimula of Ijesa, among others.

Speaking on the rationale behind the album, Ajetumobi, an indigene of Ijesa, said that within the short period he took over as governor, Aregbesola has transformed Osun State and “as an artiste, I have no option than to thank him for a job well done and propel him to doing more.”

The top Adamo singer, who is also an independent broadcaster, said the album is not for commercial purposes, but his contribution towards the development of Osun State and to salute a hard working governor.