I Passed Through Hell 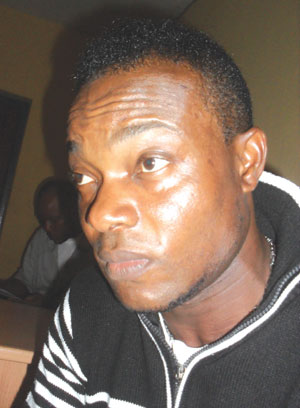 Â Moses Ikomi of the Fellyx and Mozzyx fame who recentlysurvived a kidney ailment, spoke with P.M. Entertainment about his travails, new found faith and life as a solo artiste

A lot of things have happened. If you can remember, we made three albums on the then Polygram and now Premier Music label, I mean myself and Fellyx. Then, we did not make money from music but we were very popular and did not have money, but later, an opportunity came and we were offered a marketing job by an outfit called ESPN. I worked with the company for 11 years.

Are you still working there?

No, something happened to me and I had to pull out.

I had a kidney problem.

How were you diagnosed?

My body started to swell up initially and I thought I was getting fat, but later discovered that it was not normal. Then, when I pressed my body, it was like a loaf of bread soaked in water.

When did this happen?

About two years ago. I was first admitted to a Lagos hospital from where I was transferred to another to get life support. So, while that was going on, I knew that I would need a kidney transplant. At that point I remembered the late Steve Kadri as I didnâ€™t have that kind of money, because I have a wife and two children and I was an employee.

I resigned, in fact, the company promised to take care of me but I knew within me that God doesnâ€™t work that way. First of all, I donâ€™t have or know of anybody that can give me kidney. So I knew I was in real trouble.

What did you do then?

I went to God in prayers and confessed my sins, saying â€˜Lord, I might have offended you in so many ways, please help me through this tribulation and I will give my life to you and work for you forever.â€™

Did your prayer work?

Yes, although I still see the symptoms, in fact I kept praying until one morning I told myself that I am healed.

Did you stop the treatment?

Yes, I even stopped taking drugs because I was uncomfortable with the drugs I was using then. Can you imagine swallowing about 20 tablets at once?

Did you go back to confirm whether you are okay or not?

The Bible says, by His stripes I am healed, you have to believe it and I believed it in spirit.

Was the kidney problem due to the kind of lifestyle you were living then or a spiritual affliction?

Not really, we were not reckless then, well, I could have drank one or two bottles of beer way back then when we used to perform, that could not have led to kidney problem. So, I realised that it was an affliction because at times, when God is knocking at your door, something will happen to you. To show my faith I participated in a phone-in programme and told the pastor that I am healed, informing him that I am throwing a victory party right now. I kept believing, my senior pastor called me and said it is between me and my God.

Did you go back to the doctor to confirm again?

Yes, we were more like aje butter as we grew up then under the watchful eyes of our brother who was a police officer, Victor Erimokhae. Even as popular as we were then, we were told no girlfriend must come to the house and that was it.

Did Fellyx help when you were passing through this tribulation?

He was with me both physically and in prayers.

Are you going into the ministry right now?

Well, it is a two-way thing. God called me His praise temple and right now, I am praising God. Guess what? I took a song from Michael Jacksonâ€™s Wanna Be Starting Something because I have something to say, so, I have re-written that song and it is titled Trust in Jehovah. So, I am recording its video very shortly and to God be the glory, I am not spending a kobo on the project.

Who then is financing it?

They are the people God has provided.

Is Fellyx part of it?

Fellyx has been very helpful. In fact, he is even one of those people that ensure that my daily living is in tact.

Are you coming out as a solo artiste for now?

Yes, because Mossyx had an encounter with God, so I am doing a solo project with some people. I am hale and hearty right now and coming out to praise God.

How much was spent on you so far?

Oh my God! My salary then was about 200,000 monthly and apart from feeding and other things, I was buying drugs worth of not less than N50,000 weekly, so how could I take care of my family? I went through hell. In fact, my company promised to assist by investigating it, but I donâ€™t want to go through that. God has healed me.

How soon are you dropping the single?

It will be before the end of the month, but I want the video to come first.

So you people did not make money from Premier Music?

We did not make much money, but we were very popular, you guys also assisted us.

Well, the money was not so much. If it did, it was because we took them to our shows to sell.

But you performed in some major concerts like Golden Tones?

Yes, that had nothing to do with album sales. You know, you guys blew us up and we looked larger than our image. All those suits you saw on us were bought by the Governor of Nighshift, Ken Calebs Olumese, while our brother, Victor, put food on our table.

Are you and Fellyx brothers?

No, we grew up together. I am Moses Erimokhae for now and it is a long story.

Well, Brother Victor adopted me into the family of Erimokhae.

How did you meet him?

He adopted me when my family dumped me. My parents were not there for me although my father was a prophet.

A white garment church and my mother as well. That was where they met and gave birth to me. All along, I was living with my grandmother from where Brother Victor took me as his son.

I was in my teens then and that is why I use the name Erimokhae. My real dad died a month ago and his real name was James Ikimi. He was from the Ikimi family of Delta State but through Brother Victor, I adopted Edo. Right now, we are planning the manâ€™s burial.

How many are you in the family?

We are four and I am the first child, the other three were raised in Sierra Leone, but now that I am in God, I have forgiven and forgotten.

Your father was a prophet and you are now born again, will you say that such thing runs in the family?

No, this is a different calling.

Are you featuring Fellyx or has he dumped music?

No, Fellyx sings everyday although he has no time for recordings because of his work, but for now, I am Fellyx and Mossyx.

Why is your group still intact unlike others?

It depends, some split because of money and others due to greed. Although ours is still intact, this is a solo thing.