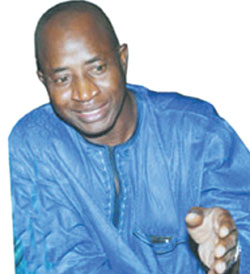 P.M. Entertainment learnt that Odegbami and other top Nigerians including Bash Ali and Denrele Edun, joined some versatile Nigerian actors and actreses to star in a multi-million naira film entitled Omo Gheto 2.

The film, which which will be released soon, is Funke Akindeleâ€™s project but powered by Olasco Films owned by Alhaji Akeem Balogun.

Shot in Lagos, the film, according to Alhaji Balogun, is a moving story of a set of twins, one raised from the ghetto and the other outside the slum.

He added that the film also gives an insight into the trials and travails of an average ghetto child and that they can also make it in life.