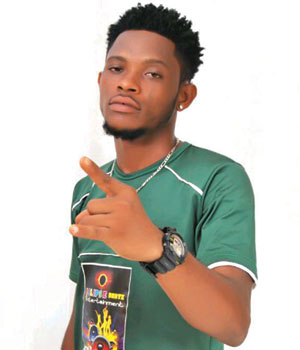 Fizzy Mayur came into music limelight with his debut single entitled Emi Na Ni, on the stable of Eclipse Beatz Records. He has produced seven tracks from his forthcoming album with plans in top gear to collaborate with some talented music acts like YQ, Ice Prince and Eldee, to make the album a hit.

According to Eclipse Beatz Records spokesman, Tolu Ajayi, â€œthe management has stopped a number of requested collaborations because we want him to come out in Nigeriaâ€™s entertainment market with the quality and potential we discovered in him before he was signed on.â€

The Ogun State-born light complexioned singer has produced seven tracks and the videos of two of them, Emi Ni Na and Integrity, were shot and directed by one of the big wigs in the music industry. The songs have been enjoying good air play on the various broadcast stations in the country.

Fizzy Mayur, however, disclosed that the late Fela Anikulapo-Kuti and Shade Adu inspired him a lot when he was young and they still remain his role models.