Man Shoots Son Over Use Of His Car 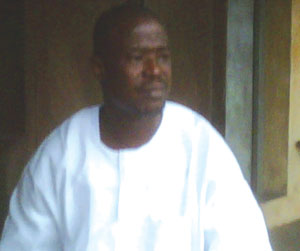 The police in Lagos have arrested a businessman, Obed Igwe, who allegedly shot his son, Herod, during an argument that ensued when Herodâ€™s younger brother used their dadâ€™s car without his consent.

P.M.NEWS learnt that Herodâ€™s younger brother, Ebuka, 18, was the culprit.

Igwe was so angry that he sent Ebuka out of their 5, Iya Abiye Street, Satellite Town, Lagos residence.

When Herod returned home from school at the weekend and learnt that his father had driven away his younger brother for using his car, he started pleading on behalf of his brother.

Igwe, who was still very angry, allegedly loaded his double barrel gun and shot Herod, 22, a 200 level student of Law at the American University, Cotonou, Benin Republic. He was shot in the arm and leg.

He was charged to Apapa magistratesâ€™ court with attempt to kill Herod and unlawful possession of firearm.

Herod is now receiving treatment because of the injury he sustained during the shooting.

Herod told P. M. NEWS that he is an undergraduate of law, American University, Benin republic. He said that it was his mom that called him and informed him that their dad had thrown Ebuka out of their house for driving his car.

He said that he quickly returned from school to settle the matter.

He told P. M. NEWS that while he was persuading his dad to drop the gun, he opened fire on him.

He said when his mom heard the sound of the gun, she thought that her husband had killed him and ran to the police station to report the case.

The police arrested Igwe and claimed he possessed the gun unlawfully, a charge Igwe denied.

Igwe told P M NEWS that he had a licence for his gun and that he did not shoot his son. He said that what happened was an accidental discharge.

However, while he was about to be arraigned in court yesterday, a team of police officers from Agboju Station led by a woman Divisional Criminal Officer, stormed the court and withdrew the charge and took him back to the station.

P. M. NEWS gathered from the station that the state Commissioner of Police, Yakubu Alkali, had ordered that the matter should be transferred to the State Criminal Investigation Department, SCID, Panti, Yaba, Lagos for further investigation.