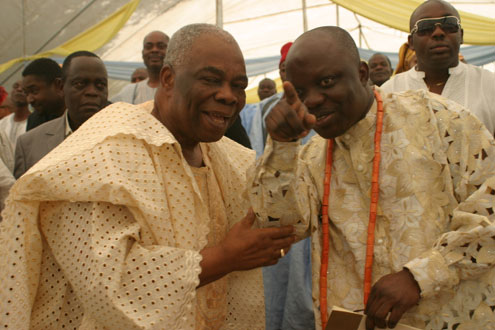 Augustus Aikhomu, a naval admiral and former Chief of General Staff and Vice-President, during the military regime of Ibrahim Babangida is dead.

The Vanguard online said associates of the retired military officer and politician confirmed the death in Lagos today after a protracted illness. His death today coincides with the 70th birthday of his former boss.

Admiral Aikhomu was a Grand Commander of the Order of the Niger (G.C.O.N). and served as chief of naval staff in 1984.