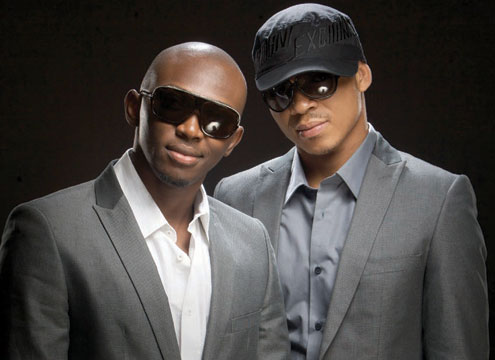 Contrary to reports swirling around the streets some weeks ago, alleging that all was not well with the once blossoming relationship between Bracket and the award winning duo, P-Square, the duo has refuted the alleged biff. In a statement released by their publicist, Onucheyo â€˜Nasâ€™ Nasir, the Yori Yori singers said that there is no iota of truth in the report and as such, should be disregarded by all Bracket and P-Square fans and music enthusiasts alike. According to Nas, the full participation of Bracket at the just concluded P-Squareâ€™s spectacular Invasion concert is a clear indicator that all is well and rosy between both artistes and all parties concerned.

The long anticipated album has been in the works for over a year now with production imprints from some of the biggest producers and engineers around.

The album features prominent artistes such as; Tuface, P-Square, Banky W, Flavour and others. Already, two lead singles; Me and You and the Kiss Song (Muah muah) with the accompanying videos have been enjoying massive reviews and criticism in the media for over three months now.