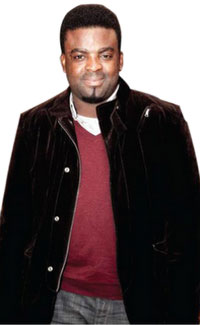 Star Yoruba movie actors and producers, Kunle Afolayan and Odunlade Adekola, have been signed on by telecoms giant, Globacom, as their new ambassadors. This was announced on Monday by the company. The two new ambassadors will replace both Nollywood stars, Kate Henshaw and Jim Iyke, who were dropped after the expiration of their contracts and the company refused to renew their deals. Showbiz Trends learnt that the two rising movie producers were contacted last week by the company executives and entered into negotiation with the two great role interpreters. The deals were concluded on Monday after which they were offered a two-year deal each.

Although, the amount paid the two new ambassadors was not revealed, it was said to be a juicy one, running to tens of millions of naira. Sources said contract papers have been signed and drafts for their endorsement fees have been handed over to the new ambassadors. Afolayan was quoted in an interview with thenetng.com, an entertainment portal, that the deal will last for a period of two years and see him attend to matters of public interest. â€œYes, I was appointed today and I feel excited being associated with a big brand like Globacom. I hope I can do more beyond the work of a brand ambassador. I want to use this position to affect lives positively,â€ the award winning actor/director said.