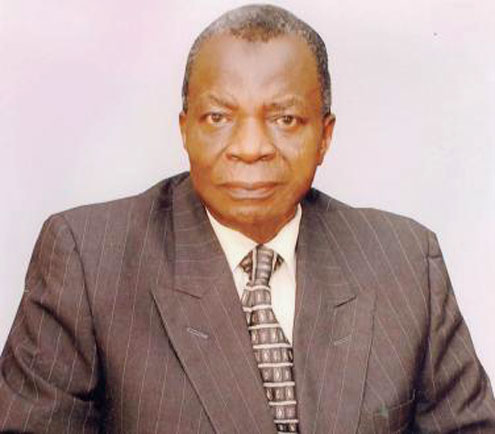 The President of Court of Appeal, Justice Ayo Isa Salami who is at the centre of a raging controversy over allegations of unethical conduct and corruption he levelled against the Chief Justice of Nigeria, Justice Katsina- Alu, will on Thursday know his fate as the National Judicial Council meets to take decision over Salami’s refusal to apologise to the CJN after it found that Salami lied against the CJN when he alleged that Katsina-Alu asked him to compromise justice in the Sokoto election appeal.

This indication emerged following the Council’s denial that it refused to collect the processes in the suit filed by Salami because it was not signed by a registrar of the court that issued the process. A statement signed by the NJCâ€™s Director of Administration, Mr Eugene Odukwu said it was mandatory for the council to obey and comply with all court orders and processes.

According to him,â€œIn the matter under reference, a Writ of Summons purportedly issued by the Federal High Court, Abuja Division was brought to the Council by two Lawyers namely; Messrs Oluwaseun Ben and Joshua U. Oghene on 15th August, 2011 from Chief Akinlolu Olujinmi, SAN Chambers

It is however not clear who would preside at the session as the Deputy Chairman of Council, Justice Dahiru Musdapher, had travelled to Saudi Arabia for religious purpose.

Although, Katsina-Alu is the chairman of the council, the principles of natural justice illustrates by the maxim that no one should be a judge in his own case will preclude him from presiding at the meeting.