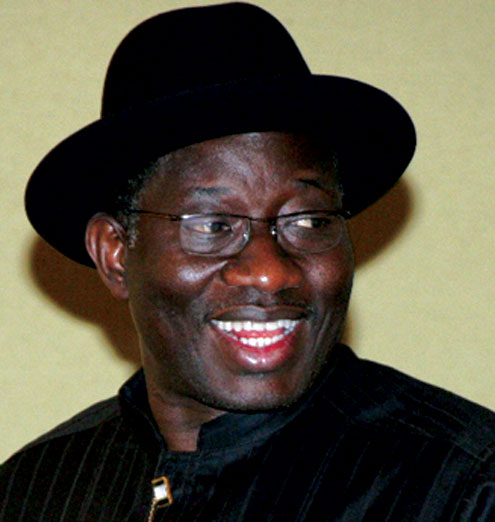 President Goodluck Jonathan took a major step towards reducing the cost of governance this morning with the setting up of a Committee on Restructuring and Rationalisation of Federal Government Agencies and Parastatals.

While inaugurating the committee to restructure government agencies, President Jonathan noted that the Presidential Advisory Committee, PAC, headed by General Theophilius Danjuma (retired) had as part of the memorandum it submitted to government in January 2011 recommended the restructuring and and rationalization of government agencies and parastatals to reduce overlap and redundancies in the system.

The president said he had consequently set up an ad hoc committee headed by the Secretary to the Government of the Federation, SGF, Pius Anyim to look into the recommendations.

He said the committee in its report indicated that there is indeed duplication and overlap in the functions of many government agencies and subsequently recommended the setting up of another committee which will examine the problem and proffer solutions to it.

The president said it was this recommendation that gave birth to the new committee that was inaugurated this morning. He noted that government had over the years set up too many agencies with overlapping functions. This, he said must be re-examined in view of the current economic challenges.

The need to reduce cost of governance cannot be over empasised,â€ said the President who noted that the Federal Government has over 400 agencies and parastatals.

The committee which has as its Chairman, former Head of Service to the Federation, Steve Oronsaye, is saddled with the responsibility of examining overlap of functions and redundancies among agencies and parastatals of Federal Civil Service and to make recommendations.

The committee, which has eight weeks to submit its reports, will also examine other recommendations that have been made in the past in the area.

Meanwhile, while inaugurating the 24-member Economic Management Team, President Jonathan said members of the team should work together to generate ideas that will move the Nigerian economy forward.

President Jonathan said members of the team should work to ensure that economic growth translates into measurable value for Nigerians in terms of creation of new jobs, better school enrolment figure, better healthcare and so on.

The president who assured Nigerians of his commitment to economic development also asserted that the EMT should ensure better linkages between the monetary and fiscal policies of government.

He added that while the EMT is established to coordinate the rapid growth of the economy, it is not its function to take over the running of Ministries.

President Jonathan is the Chairman, with Vice President Mohammed Namadi Sambo as Vice Chairman, while Dr. Ngozi Okonjo-Iweala, Minister of Finance and Coordinating Minister for the Economy is the Coordinator of the Economic Management Team.