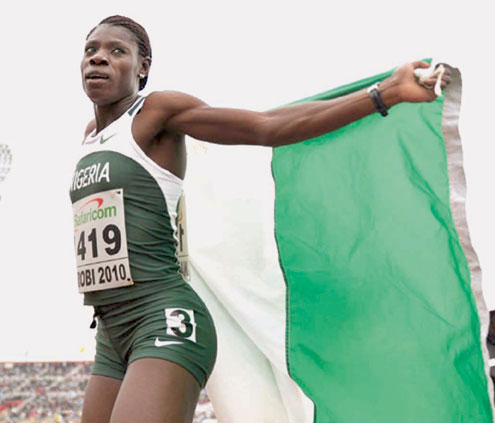 Nigerian sprinter, Blessing Okagbare, has declared that she wonâ€™t be at this yearâ€™s IAAF World Athletic Championship in Daegu, South Korea, for the fun of it.

The world tourney will hold in South Korea from 27 August to 4 September. Okagbare, who left for Daegu at the weekend believes she is going for the world tourney not to make numbers but to win laurels for the country.

â€œI have set a target of winning medals at the Daegu tourney. I have been preparing for this competition for a very long time and I cannot just disappoint the nation now,â€ said the Nigerian long and triple jumper and short sprinter.

Okagbare later came back to take third place in the 200m, clocking a seasonâ€™s best 22.94 seconds behind Jamaican Veronica Campbell-Brown winner in 22.26 seconds and American Sanya Richards-Ross who was second in 22.63 seconds.