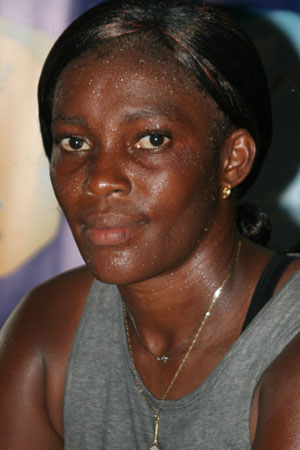 Head coach of the Nigerian Tennis Federation, Rotimi Akinloye, has described the final list of players for All Africa Games, AAG, coming up in Maputo, Mozambique next month as the best, adding that the squad will definitely make the nation proud when the games commence.

Akinloye made this declaration to Tennis Special from the teamâ€™s camp in Abuja.

He said potential medal winners were selected after eight weeks of camping where series of trials were conducted for the players to ascertain their level of fitness and mental alertness.

â€˜â€˜We did not just come up with this list any how, we had up to eight weeks camping exercise where trial was done for the players. Based on their performances in camp we picked best four each from male and female teams,â€ he said.

He assured Nigerians of the teamâ€™s readiness to top the medalâ€™s table at the games, saying with the form and enthusiasm of the short listed players, it would be very difficult for any team or player to stop them from writing the nationâ€™s name in gold in Maputo.

â€œNigerians should be expecting good outing from this team because the team spirit is very high here in Abuja. The players are physically and mentally fit. The way things are going on in camp, it would be very difficult for any team or player to stop our team from winning medals at the games,â€ he said

The tennis gaffer said that when the National Sports Commission, NSC, informed the technical crew that the host nation made provision for only eight payers instead of a 12 man-squad earlier proposed to enlist for the tennis event at the games, it became necessary for them to reshuffle the team.

â€œWe earlier prepared for 12 players, but midway we received information from the NSC that eight players would be needed at the games. Because of the directive from the host country, we had to go back to score sheet and choose the top four each from male and female teams.

â€œThe sheet contains the names and number of matches won by each player during the round robin game played during the trial,â€ he explained.

The eight-man team are still in camp perfecting their strategies for the games, with other three coaches supporting the head coach, Rotimi Akinloye.