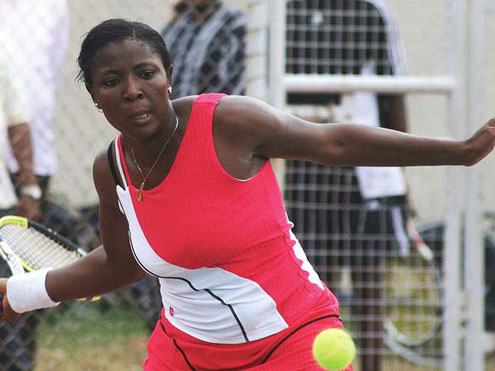 â€¢Fatima Abinu: One of the All Africa Games bound players.

One of the short listed players for the All Africa Games in Maputo, Mozambique, Fatima Abinu, has promised that the team will not disappoint Nigerians but put smile on their faces at the games.

Abinu said she is happy to be part of the squad that would represent the nation after a hectic trial.

She said the team list was drawn up based on the performance of each player during the round robin game in camp.

â€œIâ€™m happy to make the final list after a strict trial for the players. We played round robin games among ourselves and the technical crew selected the final list based on our performances in the camp,â€ Abinu said.

She, however, urged Nigerians to continue praying for mother luck to shine on the team in Maputo, saying that their prayers will go a long way to help them in their pursuits of gold medals in Maputo.