A Reconciliation That Failed 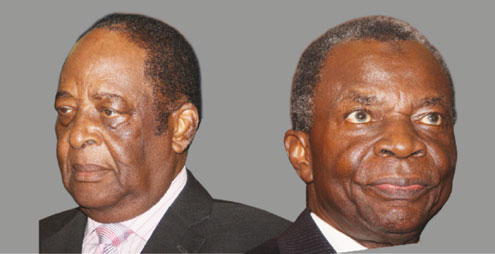 Â Several panels probed the feud between Justices Katsina-Alu and Salami and the petitions against the latter. What they found did not fit the script of those baying for Salamiâ€™s blood, until â€¦

The NJC first of all set up a five-man Reconciliation Committee, which has Justices Bolarinwa Babalakin, A.B. Wali, Anthony Iguh and Emmanuel Ayoola, all retired Justices of the Supreme Court, and Jutice Akanbi as members to reconcile the two judicial officers. Salami, on 15 February, served notice of discontinuance of the suit. The Nigerian Bar Association, which had earlier described the controversies generated by the bid to promote the PCA to Supreme Court by the CJN as needless, also indicated its intention to investigate the claims contained in the affidavit sworn to by Salami, in a resolution passed at the meeting of its National Executive Committee held at Awka, Anambra State, on 17, February, 2011. Thus, the President of NBA on 23 February, inaugurated a 13-man panel saddled with the responsibility of investigating the allegations and counter allegations between the CJN and PCA. The Committee was also asked to investigate the involvement of any member of the Bar in the promotion of corrupt practices in the judiciary.

Curiously, other petitions against the PCA surfaced at the NJC. The petitions, authored by deposed Governors Olagunsoye Oyinlola and Segun Oni respectively against the PCA alleged a miscarriage of justice in the hearing of the disputed gubernatorial elections in Ekiti and Osun states. The former governors alleged that the verdict of the appellate tribunals which led to their removal from office was influenced by the incestuous relationship the President of Court of Appeal has with the petitioners.

The former governors backed up their claims with some call logs, which they alleged were records of telephone conversations between the chieftains of ACN and Salami. Acting the script, some members of NJC championed the setting up of another panel headed by Justice Umaru Abdullahi, a former PCA, with a mandate to investigate different petitions against the PCA and the CJN in respect of Sokoto, Ekiti and Osun States governorship election appeals. The panel took three months to complete its task.

The Abdullahi Panel, however, laid the foundation for the subsequent charge of perjury against Salami, with its assertion in its report that the Salami made a false claim that Katsina- Alu interfered in the hearing of the appeal of the Sokoto gubernatorial election. The NJC, purportedly acting on the report of the Auta panel set up to review and make recommendations on the report of Justice Umaru Abdullahi panel, on 10 August, directed Salami to apologise to the CJN. The NJC claimed the Auta Panel findings indicated that Justice Salami lied on oath when he deposed to an affidavit earlier this year that Katsina-Alu last year intervened in the handling of appeal on the Sokoto State 2007 gubernatorial election being handled by a panel of the appellate court: â€œHaving therefore established that the allegation by the Hon. President, Court of Appeal, Hon. Justice Isa Ayo Salami, against the Hon. Chief Justice of Nigeria, Hon. Justice Aloysius Katsina-Alu, regarding the Sokoto Gubernatorial Election Appeal was false, Council decided that it is a misconduct contrary to Rule 1(1) of the Code of Conduct for Judicial Officer of the Federal Republic of Nigeriaâ€, the NJC said in a statement signed by one Soji Oye, its Deputy Director of Information. The NJC also directed the PCA to apologise to Katsina-Alu and that both apologies, which should be made in writing, should be within seven days. Not convinced that he has been given fair hearing, Salami on 15 August filed an action to challenge the NJC directive. In the suit, Salami challenged his indictment by the Abdullahi and Auta Panels as well as the directive that he should apologise to Katsina Alu and the NJC.

In the suit, Salami is asking the court for 15 reliefs, including a perpetual injunction restraining the NJC from acting on the reports of the Umaru Abdullahi Fact Finding Committee and the Auta Review Panel. But Justice Salami said the two panels have no right to declare him guilty of perjury as they have imputed in their reports. He also said the Abdullahi and the Auta Committees are administrative panels that could not assume the status of a court and therefore cannot pronounce on the veracity of facts or statements contained in a statement on oath sworn to before the court of law or pronounce facts contained in statements sworn to before the court of law to be false as such power is exercisable only by a competent court of law.

Justice Salami also argued that he has been cleared of any misconduct on the same issue by another panel set up by the NJC, headed by Justice Babalakin. He contends that he was not given fair hearing by the Justice Auta Panel. Justice Salami in the suit also asks the court to declare that the CJN has no power to stop delivery of a judgment by a panel of Court of Appeal in a Governorship Election Petition and that any exercise of such power is in breach of the combined effects inter alia of sections 6, 232, 2333,234 and 246 of the 1999 Constitution among other reliefs.

In a display of hanky-panky not expected from such a supposedly revered body, the NJC for two days evaded service of notice of the suit as Halilu Danladi, Executive Secretary, NJC reportedly slammed his doors against those who brought the court notice. The body accepted the service eventually on 17 August, following criticisms in the media. But then, it seemed some members of the body had made up their minds to slaughter Salami, even if in the process they have to violate the principle of rule of law of which they are supposed to be the principal guardians. Thus, in defiance of the pending court action which should have stopped it from taking any action on the matter, some members of NJC at the expiration of the ultimatum issued to Salami, decided Thursday 18 August to suspend Salami from his position as the President of the Court of Appeal and directed him to immediately hand over to the most senior Judge at the appellate court.

â€œPursuant to the powers conferred on the National Judicial Council in the Constitution of Nigeria, 1999 as amended, Hon. Justice Isa Ayo Salami, OFR, President of the Court of Appeal has been suspended from office with effect from today 18th August, 2011. The decision was reached at the Seventh Emergency Meeting of the Council held on 18th August, 2011. The decision, which was reached at the National Judicial Council, further directs that Hon. Justice Salami should hand over the affairs of the Court of Appeal to the next most senior justice of the court. Meanwhile, a recommendation has been forwarded to the President, Dr. Goodluck Jonathan, to retire him from serviceâ€, the NJC said in a terse statement by one Mr. E.I. Odukwu, its Director of Administration.