NJC Vs Salami: Lawyers Speak Up 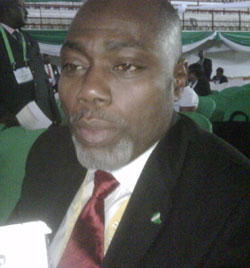 Â Okafor Ofiebor, sampled the opinion of cross section of lawyers at the Nigerian Bar Association Conference in Port Harcourt

Even The Military Did Not Do This!

How does the controversy surrounding the suspension of the President of Court of Appeal, Justice Isa Ayo Salami and National Judicial Council, NJC, affect the Nigerian judicial process and the rule of law?

This is about the integrity of the justice system in Nigeria. The issue at present is bigger than Salami versus NJC. I also think that Salami is part of the problem in the whole messy situation we find ourselves. I think under the current Chief Justice of the Federation, the Judiciary has suffered considerable damage. And that damage is reflected in the deliberate decision of NJC to decide on an issue already before a Court.

When Judges of all people cannot defend the principle that rules are meant to be respected even when they are inconvenient, then the country is in trouble. That is the situation we found ourselves. The situation is very toxic for the judicial system in Nigeria. The military did not do this kind of thing. Instead, they find a way around difficult legal problems.

Politicians, as difficult as they are, as more brazen as they are, and mendacious as they are, find ways of avoiding legal minefields. The National Assembly has a standing rule that if any matter is active before the law court, they donâ€™t deliberate on it.

How can NJC, which is a statutory body, not a judicial body, decide the way it did? The brazenness of the impunity of the NJC beggars belief. That this could have been done by NJC comprising of judges itself, is a scandal.

What does it portend?

It Portends a Do-It Yourself Justice. If you can overwhelm the next person, do it because there is impunity guaranteed by judges.

No Lawyer Will Support The Brazen Act

Â The controversy over the suspension of Justice Salami is on the front burner. As a respected senior lawyer, what is your reaction to this development?

Let me say by way of a preface that it is very unfortunate that Nigerian judiciary is embarking on a journey for which nobody is sure of its destination. It is unprecedented in the history of Nigeria and itâ€™s an unfortunate development. That the judiciary should put itself in this mess is unsalutory. The good thing about it is that there is little you can say now because the case is now in court. I think the less we talk about it the better.

What is your reaction to the Suspension of Justice Isa Ayo Salami by NJC?

The position of the NBA is binding on all of us.The action of NJC, if not resisted invites anarchy. This is most worrisome in an era of democracy when the rule of law is sacrosanct. The action is shocking and, if not fought, will make Nigeria a laughing stock.We should have passed this stage as a nation. NJC and Judges for that matter are supposed to be epitome of discipline and strict adherents to the rule of law.

Nobody is passing blame but it is noteworthy that the whole scenario is embarrassing to us as lawyers and to the judiciary as the third arm of government.

As it stands, no lawyer will support the brazen act.

It Is A Big Blow To Our Democracy

Â What is the body of Commonwealth Lawyers doing about this?

Nigeria is a full-fledged member of the association. We will take a stand on this issue. We will not talk about the rights and wrongs on the matter, because any comment in that direction is subjudice.

The NJC should have taken into cognisance that they were served appropriate court notice and they should have stayed further action on the matter, rather than presenting the court with a fait accompli. It is totally unsupportable, and unacceptable. It is the judiciary destroying itself.

What is the implication of this action by NJC?

This is a body blow to our democracy. This is the third arm of government where the oppressed or the aggrieved takes succour to get justice. But when this happens in the Judiciary, with due respect to our politicians, we donâ€™t expect to lower standards for them. The Judge has that power of life and death. No other body or institution has that power in the three arms of government. And so, anybody who puts someone to death without the judgement of a judge is guilty of extra-judicial killing. For this to happen, it is totally unacceptable. I cannot find a stronger word to condemn this brazen act.