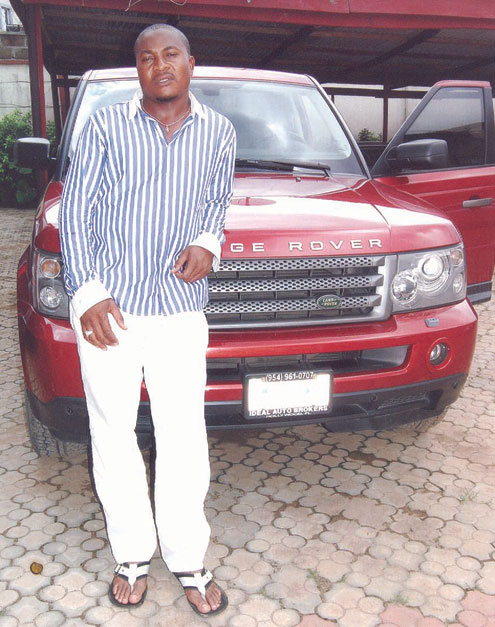 As millions of Nigerian Muslims joined their counterparts worldwide to celebrate the Eid-El-Fitri on Tuesday, it was mourning for some families, where tragedies struck in Lagos.

When the robbers snatched the SUV on Monday evening at Ibereko area of Badagry, they drove away the car with the driver, Mr. Garba Mohammed.

The driverâ€™s dead body was found on Tuesday at Pobe Village on Owode-Idiroko road, Ogun State.

A Superintendent of Police, Obe said the SUV was snatched with the driver inside it when the chairman went to buy ram for the sallah at Ibereko Ram Market.

The DCO said Amida later reported the robbery at the station but no arrest has so far been made by the police adding â€œinvestigation was on to unravel those behind the act.â€

Meanwhile, the corpse of the driver has been deposited at the Badagry General Hospital mortuary pending the conclusion of police investigation into the incident.

In another incident, a young man, Abraham Elehor Osirim was hit by a stray bullet while inside his SUV at 3rd Avenue, 33 Road, Gowon Estate, near Egbeda, in Alimosho area of Lagos State.

The late Osirim was said to be driving his vehicle towards a bar when armed robbers who had been operating from Iyana Ipaja started shooting indiscriminately.

One of their bullets hit the late company director in his early thirties who died instantly inside his Prado SUV with customised plate number PEACE 720.

The late businessman was heading to a bar in the locality to relax during the sallah festivities when tragedy struck.

A source informed P.M.NEWS that even before the deceased was hit by the robbersâ€™ bullet, the Divisional Police Officer, DPO, Gowon Estate, Chief Superintendent of Police, CSP Okoro Julius had mobilised his men and they were on the trail of the bandits.

The police team had already barricaded the Gowon Estate area before the incident occurred.

When contacted this morning, the Police Public Relations Officer, PPRO, Lagos State Police Command, DSP Samuel Jinadu confirmed the incident, adding: â€œSince yesterday, the Gowon Estate DPO, CSP Okoro and his men have been trailing the bandits. They have combed strategic locations in the area to fish out the perpetrators of the act.â€

P.M.NEWS also gathered that the corpse of the late Osirim has been deposited at the Ikeja General Hospital mortuary for autopsy.