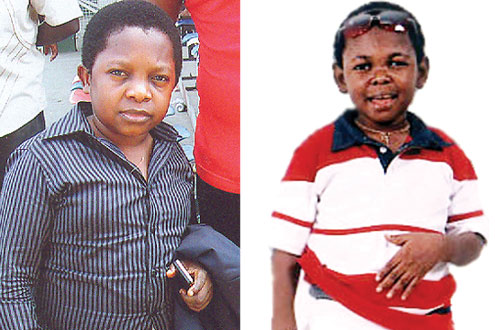 Black Arrow of the Nigerian movie industry and President, Actors Guild of Nigeria President, Mr. Segun Arinze, has announced that popular actors, Chinedu Ikedieze and Osita Iheme, better known as Aki and Pawpaw, will be in the Nollywood team that will battle Nigeriaâ€™s top music stars at the much talked about Match of the Stars taking place at Teslim Balogun Stadium tomorrow.

Arinze confirmed this during a telephone chat with Chief Tony Okoroji, who is Chairman of the Ceremonial Sub Committee for the burial of Christy Essien-Igbokwe, who died on 30 June.

According to him, â€œwith Aki and Pawpaw on the field, the musicians will be chasing shadows as they will dazzle with the ball between their legs.â€

Segun Arinze is captain, while the team manager is Abubakar Yakubu.

In the team announced by Baba Dee, team captain for the music stars before he jetted out to Europe are such top entertainers like GT, The Guiterman, Sound Sultan, Zakky Azay, Terry G, OJB Jezreel, African China, Jaywon, Mr. Kool and Ikechukwu.

Baba Dee, who returns to the country any time from now, also said that he is ready for the “war” in Surulere, promising to announce new names to â€œadd fresh muscle to our star-studded squad.â€

Prior toÂ the Football Match of the Stars,Â members of the pen profession will slug it out for theÂ Austin IzagboÂ trophy as members of Sports Writers’ Association of Nigeria (SWAN), lock horns with top entertainment journalists.

Chairman, Lagos SWAN, Mr. Fred Edoreh, has expressed confidence that his team will beat the entertainment writers silly and as part of their strategy, they will not name their captain until the last minute.

However, Mr. Azuh Amatus, editor ofÂ Entertainment Express, who will captain the Entertainment Writers’ Team, says that his team list is hot and ready.

According to him, â€œthe SWAN people are afraid. That is why they canâ€™t name a captain. They canâ€™t even name a team. We will show them real entertainment on the field of play.â€