Obey's Wife's Unfulfilled Dream, To Be Buried This Month 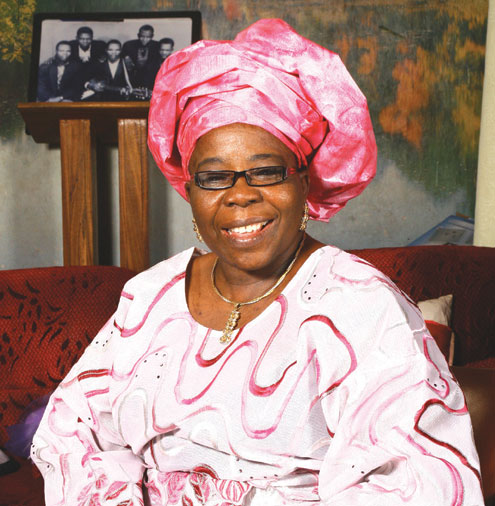 Although the wife of juju music maestro turned evangelist, Ebenezer Obey-Fabiyi, Lady Evangelist Julianah Olaide, died a happy woman having enjoyed the best of times with her husband and children, she nursed an unfulfilled dream to the grave. P.M. Entertainment can reveal that she had wanted to be part of her husbandâ€™s 70th birthday anniversary scheduled for 15 April, 2012 and was said to have been making preparations before death came calling on Teusday, 23 August.

The burial arrangement released by the family indicates that the programme will kick off on 27 September with a commendation service at Decross Gospel Mission, Mulero, Agege, Lagos and the burial train will later move to Abeokuta, Ogun State, for service of songs, tributes and artistes’ night before intertment on Thursday. 30 September, 2011 at the family home in GRA, Ibara area of the Ogun State capital.

Meanwhile, top musicians, Obeyâ€™s fans and other sympatisers have continued to pay condolence visits to the Ikeja home of the Obey-Fabiyis.

One of the early callers were former PMAN President, Admiral Dele Abiodun and Otunba Sunday Ishola Adeniyi Adegeye a.k.a. King Sunny Ade, among others.