Jonathan Has Achieved So Much, says Abati 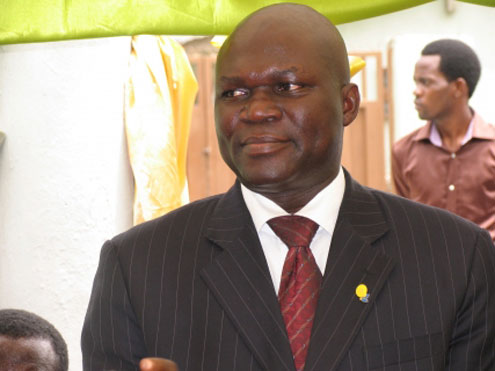 The assertion by some that Mr. President is not living up to his constitutional responsibility guaranteeing lives and property because of some terrorist acts that have occurred under his watch is false. It is also not supported by facts for the simple reason that the constitutional responsibility which you refer to has not been breached because the President has taken every possible action to prevent these acts of terror and the fact that they occurred is not due to any inaction of the President but due to the fact that no government, no matter how well intentioned, can stop terror 100 per cent of the time, especially where those behind the acts are willing to give up their lives in perpetrating their nefarious activities. All that can be done in such circumstances is to put machinery in motion to as much as is humanly possible prevent them from carrying out their plans and where they do, by limiting the damage occasioned by their actions and finally, to fish out those responsible and bring them to justice. This is what the constitution envisaged and this is what is being done.

For example, you may recall that there had been several acts of terror in the United Kingdom right from the seventies up until the present. Between 1971 and 2011, there have been almost 100 acts of terror in the United Kingdom beginning from the 12 January 1971 bombing in front of the home of Robert Carr, a minister in the government of Prime Minister Edward Heath…to the 7 July 2005 London Bus bombings perpetrated by al-Qaeda which resulted in the deaths of 52 people.

All these incidents were visited on the UK by terrorists but the people and even the opposition parties did not allow these acts to divide them nor politicise them by using them as an excuse to accuse the government of failing in its constitutional responsibilities. Rather, the people of Great Britain rallied around their government and in one voice condemned these attacks and refused to let them dictate the political direction of the United Kingdom.

And this is what we need to do in Nigeria, because these acts of terror are intended to manipulate political events in the country and are an attempt by some people to get by the back door what they could not get via elections.

And you would see that while it is a fact that almost 100 acts of terror have been visited on the UK in a period spanning 30 years, it is equally true that they have not always been able to apprehend the perpetrators immediately because of the cowardly nature of the perpetrators of terror. But in Nigeria, we have not been groping in the dark. The Federal Government, for instance, arrested those behind the 50th Independence anniversary bombings and they are being tried as we speak. On the most recent bombings, the Directorate of State Security Service has already identified the alleged masterminds and has declared them wanted. Even beyond that, you may recall that our security agents, in November 2010 were able to proactively detect and seize a large cache of arms from Iran being smuggled into the country and those behind that incident have been identified, arrested and are now being tried.

Finally, let me add that it is only the terrorist incidents that do happen that the public remembers. However, for every terror act that manages to happen, there are multiples that are prevented. For instance, two weeks ago, on 15 August, the police stopped a would-be suicide bomber that targeted 1,500 police recruits.

The public should be aware of all these and opposition parties should also resist the urge to politicise these events. That is what those behind these attacks want and we must ensure that they do not achieve their aims.

There have been assusations that the Jonathan administration is slow to attend to pressing national issues but quick to respond to those that affect him directly.

You may recall that Mr. President, upon ascending to the Presidency on 6 May 2010 promised action on Electoral Reform, Energy Security and Education. Within a month, he had appointed Professor Attahiru Jega, a man universally acclaimed by all Nigerians including the opposition as a person of integrity, as Chairman of INEC. Within three months his administration had been able to amend the Electoral Act and in that time he also ensured the independence of INEC and made sure that the body got the first budgetary demand it requested for in the sum of N87 billion. That is on Electoral Reform.

On Energy security, you may recall that President Jonathan was quick to revive the NIPP (National Independent Power Projects) as soon as he mounted the saddle and ensured that priority projects like the Papalanto and Sapele power plants were funded. He also launched the Roadmap to Power Reforms in August 2010. He was also quick to sustain the Niger Delta amnesty. That is on Energy security.

On education, you may recall that President Jonathan doused the tension in the education sector that was threatening to lead to a strike by acceding to the demands of labour unions in that sector.

All these he did within the first three months of taking office. Wouldnâ€™t you describe that as prompt action? Were those actions meant to favour him personally or the nation?

What is your take on the Presidentâ€™s hasty endorsement of the National Judicial Councilâ€™s suspension of Justice Isa Salami affair and replacement by Justice Dalhatu Adamu?

What Nigerians have to remember is that President Jonathan was completely aloof in the matter. He neither interfered with the judiciary nor rendered an opinion on the matter. He only acted as swiftly as he did because the office of the President of the Court of Appeal is a vital office in our nationâ€™s judiciary which cannot be left vacant for even the shortest possible time. To act otherwise would have created a constitutional lacuna, with implications for the stability of that critical arm of government.

The vacancy in the office of the President of the Court of Appeal was something that was urgent. It was an issue affecting the survival of the judiciary and the vacancy had to be filled quickly so that the very important work that that institution is doing does not suffer. I can assure you that had the President not acted as quickly as he did, those now politicising the matter would have accused him of tardiness on that issue. Nigerians should please realise that to oppose, after a fashion, is the job description of these folk and it has nothing to do with right or wrong for them, and certainly, they have little regard for the law.

You will agree with me that Mr. Presidentâ€™s intervention was a swift action which produced swift results. However, it was not meant to be a permanent solution because the President does not want to go against the economics of demand and supply. What he did was a temporary measure while the long term measure comes into effect. The long term measures include funding for the real sector which has been done and the incorporation of captains of industry into the administrationâ€™s Economic Management Team and we can see that Aliko Dangote, the single largest manufacturer of cement in Nigeria, has been invited to join the team. What this tells you is that the President is keen on effecting a reduction of the price of staple products like cement but that such reduction has to come about as a result of well thought-out policies designed for the long term.

On the reappointment of the Petroleum Minister, Mrs. Deizani Allison Madueke, despite the series of allegations levelled against her

You will agree with me that allegations remain allegations until proven. The trite law is that he who alleges must prove. Mrs. Madueke has denied these allegations and shown documentary evidence to support her denials. But even that is going beyond the necessary. But she did this. If the President of any nation makes it a habit to act on allegations, that nation will become a very unstable nation. Allegations, no matter how weighty, can be no substitute for facts.

There are hints of rumblings in the Federal Cabinet occasioned by the re-appointment of Mrs. Ngozi Okonjo-Iweala as the Finance Minister and giving her the unconstitutional role of first among the ministers

First of all it is untrue to say that there are rumblings in the cabinet occasioned by her coming on board. As a matter of fact, I was there during her swearing-in and there was a loud and standing ovation. Ministers are glad she is coming on board because of her track record of proven ability. If there are for any reason, however, certain Ministers that are unhappy with her membership of the Jonathan team, such Ministers should be honourable enough to make their objections known publicly, and put their names to such protest.

Moreover, it is untrue that she is being given an unconstitutional role as first among the ministers. This is the first I am hearing of it and I should know. She is the coordinating minister for the economy. In several countries, they have a minister for the economy or minister of economic affairs. In Nigeria we do not have that, and because Mr. President has the constitutional liberty to assign duties to his cabinet, he assigned that duty to Mrs. Okonjo-Iweala. There is nothing unconstitutional in that, just as there is nothing unconstitutional in Mr. President asking one minister to superintend over two ministries when one ministry suddenly records a vacancy at the ministerial level as has indeed occurred in the past. In the present instance, the idea is to ensure proper co-ordination of inter-ministerial activities, with the administrationâ€™s definition of the economy as a core priority properly emphasised, with the overall objective of promoting team work and synergy.