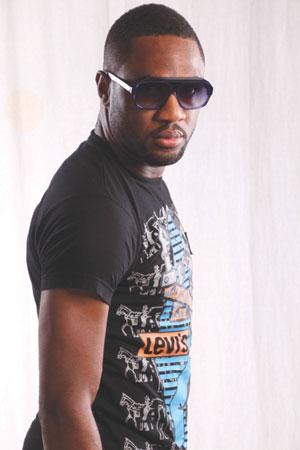 With a growing legion of fans and soaring mass appeal, singer Praiz has been busy in recent times spending time in the studio and putting finishing touches to his debut album for X3M music.

The fast rising RnB singer/vocalist who recently stunned guests at the MBGN 2011 grand finale in Lagos when he delivered a performance hailed as â€˜unforgettableâ€™ by critics is set to release two new singles titled I love You and Jekalo.

According to the uber talented act I Love You featured production efforts by Wole Oni while TY mix produced Jekalo. The two new singles are expected to come out as first official efforts by Praiz in 2011. He was earlier reported to be working with top producers in the music industry and was even the star of the evening at the recent Champagne Conversation held at Eko hotels in Lagos.

Speaking on the inspiration behind his latest offering, the eclectic singer said â€œIâ€™m offering these two songs to anyone who has ever felt the sweetness of love. Working on the two songs was a positive experience for me and Iâ€™m talking to love birds on these cuts. Itâ€™s from Praiz with love and Iâ€™m sure everyone will fall in love with these songsâ€™â€™. Praiz first came to national limelight when his unique singing style caught the eyes of many at Project Fame TV reality show where he thrilled viewers across Africa and beyond. He was adjudged second runner up as he showed great signs of promise and has been tagged â€˜the golden voiceâ€™ as a result of his vocal dexterity.

Since then he has gone on to wow music critics and fans with cameo appearances and collaborative efforts with top artistes in Nigeria; most notably his stellar performance on M.Iâ€™s â€˜Epicâ€™ and a guest appearance on alternative singer Bezâ€™s â€˜Super Sunâ€™ album.

His style, which is a blend of soul and R&B and his ability to hit high notes as he teases with his high pitched voice, catches oneâ€™s attention easily.