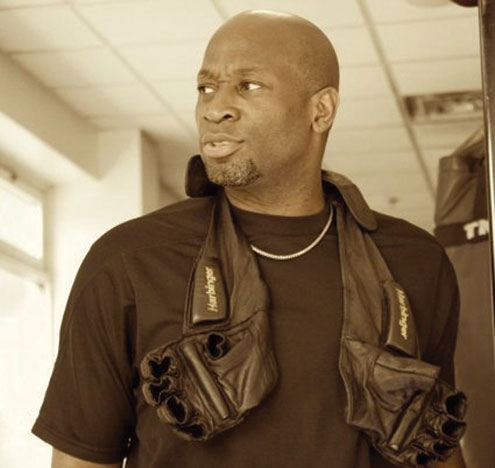 On Friday 2 September, a new production from the stable of rising movie director, Daniel Ademiokan, Unwanted Guest, hit the screens of Ozone Cinemas, Lagos in a special media premiere.

The movie, based on a true story, is a collaboration between Ademiokan, who wrote and directed the movie and United States-based Nollywood America owned by Chuks Ajoku.

It was shot in New York. Speaking after the special screening, Ademiokan said the movie is different from the regular Nollywood story.

Despite that he noted that Nigerian movie industry has clearly expanded beyond the shores of the country as made visible with the influx of movies shot outside the country with the involvement of Nigerians either in the capacity of producers, directors, DOPs, actors and so much more.

The screening that had many top entertainment writers in attendance was described a fabulous picture with loads of suspense and a cast that perfectly understood what they had to do individually and collectively,â€ said Mercy Michael of The Nation.

Narrating the story of Unwanted Guest, Chuck Ajoku, the producer explained: â€œThe movie is based on a true story of a guy who got caught in a love triangle. He had his wife in Nigeria who was waiting to join him in the United States, at the same time keeping another relationship with another American girl.

The relationship with the American lady has been on for a period of about three to four years. Fortunately for his wife and unfortunately for him, the wife won a Green Card Lottery and she decided to pay him a surprise visit on his birthday.

Meanwhile the American, who is practically staying with him in his New York apartment was planning a big birthday for him on the same day and was going to use that opportunity to announce to him that she was carrying his baby.

Few hours to the gig, the guy got a call which shows New York number. He picked it only to realize that his wife was the caller waiting for him to come and pick her at the JFK Airport.â€

The movie has just two major known actors as lead-Chet Anikwe, who was in the hit movie Phat Girl, and Sophy Aiidi, the rest are fresh faces. It has Katung Adwak of Big Brother Nigeria Fame as the Director of Photography. Ademiokan said their decision to settle for fresh faces during auditions was deliberate as New York City was brimming with talented actors and actresses. â€œDuring our New York auditions, there are more than 200 actors who are good. People came from Maryland, New Jersey and Virginia. People came from as far as Atlanta to audition for this job and it was just phenomenal how it turned out. The only people I specifically called to come were Chet; the lead character (who was also in Phat Girls with Monique) and I had seen him in a couple of movies in America. I also called Vivian; the Ghanaian actress. Every other person in that movie; from the white people to the extras were picked from the audition,â€ Ademiokan said.

The film will hit the cinemas across the country on 30 September.