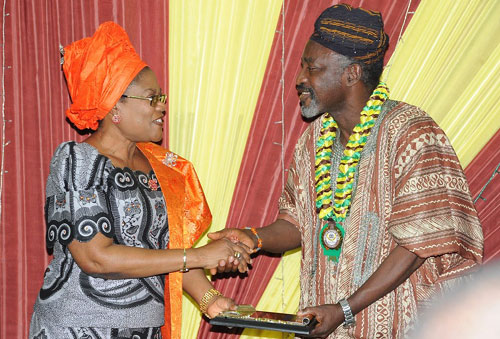 Osun State Deputy Governor, Chief (Mrs.) Titi Laoye-Tomori presenting an Award of Honours on the Esa of Iragbiji, Chief Muraina Oyelami as one of the 20 selected Cultural Icons who are indigenes of Osun State, after the presentation of Awards of Honours on them by the Osun State Government, marking the 20th Anniversary of the State in Osogbo on Wednesday 07-09-2011