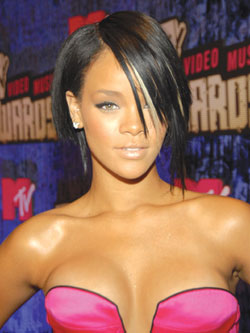 Award-winning gospel reggae musican, Prince Wadada, has joined the league of Nigerian stars who have in recent times featured international artistes in their works. The Holy Holy crooner has featured American diva, Rihanna, in his new single, Uâ€™re The One.

The audio of the song was released simultaneously with the video directed by Shina Adediji and which starred Jamaica-based singer, De Queen.

The song, which was released on Nigerian radio stations this morning, is part of the songs in Wadadaâ€™s 14 tracker expected to hit the shelves later in December.

Speaking on how he got Rihanna to feature in the song, Wadada said â€œwe met last year at a concert in Germany. We exchanged contacts and have been communicating since then. So, along the line, we decided to do a song together.â€