Jos Christians Are To Blame For The Killings 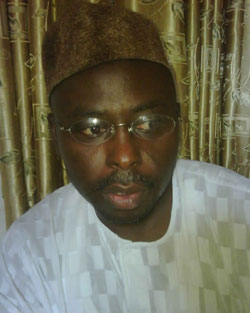 What is your reaction to the allegation by CAN that the Muslims provoked the latest crisis?

I am very surprised to hear that. They are blaming us for the crisis that occurred on 29 August, 2011. We, as part of leadership of the Muslim community in Plateau State, in preparation of the Eid celebration, notified the security agencies of our activities during and after the Sallah and the major activity starts with the Eid prayers.

You may not be aware that there may be some discrepancies in terms of moon sighting this year, the Izala sect, which is an Islamic organisation with large followership, declared that they sighted their moon a day earlier than the other Muslims in the country. It meant that there was every likelihood that they would observe their Sallah a day before others that started a day before them.

The observation of Sallah is part of the rites of the Muslims at the end of every Ramadan. Apart from the first step taken, the Council, of which I am a secretary, consists of all the Islamic organisations in Plateau State, which includes Izala. All other Islamic organisations have a representation in the Council. And on the 22nd of August, this Council wrote a letter to all the security heads in Plateau State. We have three chairmen that alternate in chairing the meeting of the Council because of the diverse constituents of the council.

So, the three chairmen signed that letter and the letter clearly indicated that we were asking all the security agencies to ensure that proper protection is given to the Muslims to observe their Sallah activities right from the Sallah day and the normal two- or three-day festivities that follow.

At about the 22nd of August we got news that some people were not happy about the skirmishes that had been happening between some people and the Fulani community in that area. We noticed that there are some areas that are prone to crisis. We identified the Fibre Mosque, because from that incident, whenever our Muslim brothers are going to the mosque, they usually go through the abattoir and some other places, and the communities are hostile to them to the extent that they abuse the Muslims and some of the youths will try to react.

So, we notified the security agencies; we identified the route to the Fibre Mosque as a flash point and requested that proper arrangement be made for our security. We also identified the possibility of hostilities at Rukuba Road because we know that the area right from Gadabiu to Rukuba Road is Christian-dominated. We wrote a letter to all the security chiefs, I personally signed it, highlighting those two places, and we suggested to the security agencies that the only solution was that they mount heavy security surveillance right from Our Lady of Apostle ,Ola Hospital junction down to Polo round-about, Gadabiu Junction down to the mosque. They also mounted another security outfit at Farin Gada Junction because some people were to come from that area.

For the Fibre Mosque, we suggested that the road be blocked to all Muslims. We concluded that any Muslim that would go to Fibre Mosque to observe the Eid prayers must follow the main road from Dogon Karfe to Secretariat Junction up to Yakubu Gowon Way and they accepted that proposal.

On 27th, the Police Commissioner summoned a meeting, which some of us attended together with the Christian Association of Nigeria.

And on the Sallah day, when they sighted the moon and wanted to break the fast, the Izala wrote a letter to the Commissioner of Police notifying him that they would start their Sallah on 29th instead of on the 30th, which is the general one. The letter was given to the Commissioner of Police and moon sighting usually takes place on 29th when members of the Izala group were going to pray in some of the strategic locations in the presence of security agencies. They were given assurance that nothing would happen. They went there and the prayers were conducted peacefully. Normally apart from the prayer there would be sermon. Subsequently there is a pre-prayer sermon and a post-prayer sermon.

Pre-prayer sermon is usually done by some clergymen while the post-prayer sermon is done by the Imam. As the Imam was about to do his sermon, some people started throwing rocks and some other dangerous weapons. Then the people started shouting that we donâ€™t want Muslims here and they started throwing stones and all of a sudden they started shooting bows and arrows, throwing bottles and petrol to where the Muslimsâ€™ cars were parked and I can tell you that out of the hundreds of cars that went there only one per cent was not razed.

The cars are still there even though the state government is trying to evacuate them from the area. We that were outside started communicating with security agencies , the Commissioner of Police and the Commander STF to inform them of what was happening.

And can you believe that the community there held the Muslims that went to pray there hostage and after the prayers they couldnâ€™t move an inch? Some of them trekked with their wives and children and someone that had trouble in mind would not go to pray with his three-year-old.

Many were killed and roasted. For the first time, I saw a human being eating the flesh of another human being! It is unfortunate. So, now for someone to come and say it is the Muslims again that started the incident of 29th August is unfortunate.

Some residents at Rukuba also alleged that the Muslims started the attack before they retaliated. Could this be the true situation?

It is a wrong notion to say that the Muslims were the attackers, when in actual sense the Christian community in Plateau State is stronger than the Muslim community. In Plateau, Christians control the government and 90 per cent of the media houses.

CAN has released the figure of its affected victims. Could you tell us the number of Muslim causalities in the recent crisis?

For CAN to mention that it lost some of its members is very untrue because they were attackers. We donâ€™t actually know the statistics of the causalities because up till now we are still getting reports of missing people.