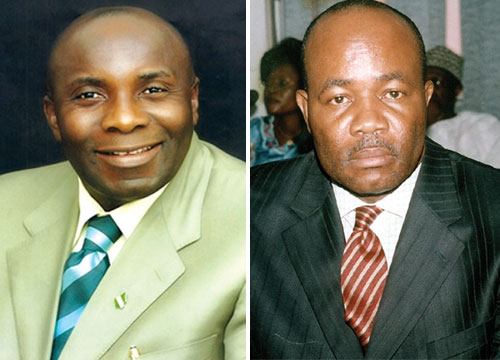 Justice Jafara Mukaila leading two other judges, O. I. Akeju and M. I. Oredola unanimously agreed that the petitioner Senator Udoedehe , the governorship candidate of the Action Congress of Nigeria, ACN, in the state in the April election, did not ask for a pre-hearing notice in his petition as required by the Electoral Act 2010 and the 1999 Constitution.

The appeal tribunal said Udoedehe filed his motion ex-parte which made it an urgent matter which is not the case.

â€œAs an election matter, there is no urgency in the case but it has to go through the due process of filing,â€ the judges ruled.

Dapo Adeosun who stood in for Prof. Taiwo Osibajo, SAN, counsel to Udoedehe and ACN said his client will go to the Supreme Court for interpretation.

There was palpable tension in the court as a large crowd of political supporters from Akwa Ibom State filled the premises of the appeal tribunal.

The police were therefore forced to deploy more policemen to maintain peace in the court and its environs.

A source close to the police told P.M.NEWS that the police will not allow any breakdown of law and order.

Meanwhile, immediately after the judgement, supporters of Governor Akpabio and the Peoples Democratic Party, PDP, went into wild jubilation right from the court premises as they returned to their base in Akwa Ibom State.