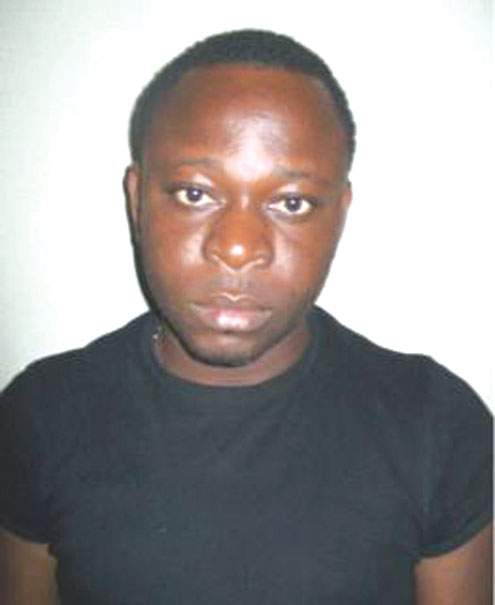 Officials of the National Drug Law Enforcement Agency, NDLEA, have arrested a suspected drug trafficker with 61 wraps of cocaine and heroin concealed in his stomach, the agency said this morning.

The 35-year old suspect, Mr. Udeh Donatus Chukwuka, ingested 35 wraps of cocaine weighing 815 grammes and 26 wraps of heroin weighing 560 grammes and was apprehended at the Murtala Muhammed International Airport in Lagos Southwest Nigeria as he attempted to board a plane to Madrid, Spain, NDLEA said.

The agency said that although the arrest was made during the week, the suspect completed the excretion of the drugs early today.

The total weight of drugs ingested by Udeh is 1.375kilogrammes.

The NDLEA Head of Public Affairs, Mr. Mitchell Ofoyeju, told our correspondent on telephone that it is unusual for traffickers to swallow both hard drugs at the same time.

â€œThe last time it happened was some years ago. Usually, itâ€™s one drug at a time not both as Udeh did,â€ Ofoyeju said.

Udeh, an auto parts dealer told NDLEA operatives: â€œI used to sell auto parts at Nnewi in my state but my business suffered a setback in 2009. Since then, I have been living from hand to mouth with my wife and three children. It was hardship that made me to smuggle drugs.â€

He hails from Anambra State NDLEA also arrested two other suspects at the Lagos airport, the agency said.

One of the suspects was on his way to Malaysia while the other was headed to Madrid.

The NDLEA Chairman, Ahmadu Giade, described the involvement of the suspects in drug trafficking as sad and unfortunate.

Giade said: â€œDrug traffickers have no respect for their own lives. This is sad. Ingesting drug is risky because they can die in the process. Besides, one of the suspects was going to Malaysia where he would have been sentenced to death while another swallowed both cocaine and heroin. We shall continue to arrest them and charge them to court.â€