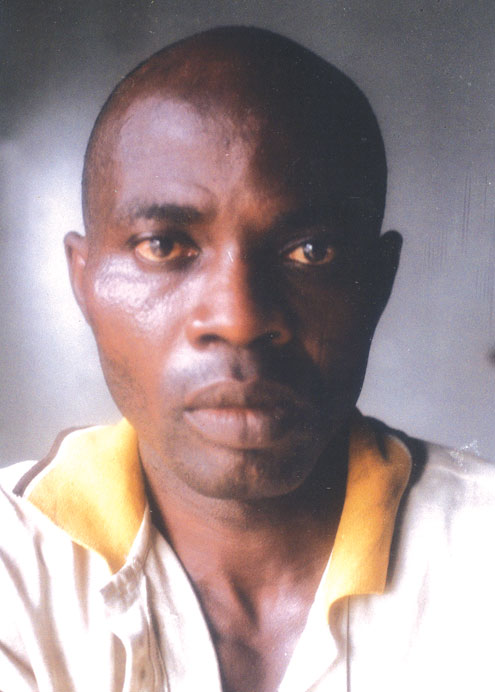 The corpse of a jobless graduate, Michael Adigun, 26, has been found in front of an abandoned building at 48 in Eric Moore, Surulere, Lagos, Southwest Nigeria, by a landlord in the area.

The police at Bode Thomas Police Station said he was a victim of a money-making ritualist.

A suspect, Alfa Rafiu Sadu, 45, has been arrested.

The suspect and his accomplice, Saheed, who is on the run, allegedly killed Adigun and then cut off his palms.

Investigations revealed that the deceased left his Abule Egba home for Apapa to look for a job when he fell into the hands of his murderers.

The deceased, before his death, was staying with his elder brother, Pastor Blessing Adigun at 55, Sani Balogun Street, Abule Egba, Lagos.

Commenting on the death of his brother, Pastor Adigun said that he was an HND holder from the Universal College of Technology, Ile-Ife, Osun State, adding that he came to Lagos in search of job.

â€œHe was a graduate of Universal College of Technology, Ile-Ife, Osun State and he had his HND certificate. He left home in the morning for a company in Apapa where he had applied for a job.

â€œIt was while he was returning home that he was murdered. He was also an obedient young man. How he got into the hands of the murderers remains a mystery to us. We are thinking of how to take his corpse from the mortuary and bury him,â€ he said.

The suspect, who appeared confused, spoke to P.M.NEWS before he was transferred to the State Criminal Investigations Department, SCID, Panti, Yaba, Lagos for further investigation.

â€œWe have received the case file and investigation has commenced. The suspect is also with us to assist us in our investigation,â€ a detective at Panti told P.M.NEWS yesterday.