Boko Haram: No Apology Over Visit To Leadersâ€™ Family â€”Obasanjo 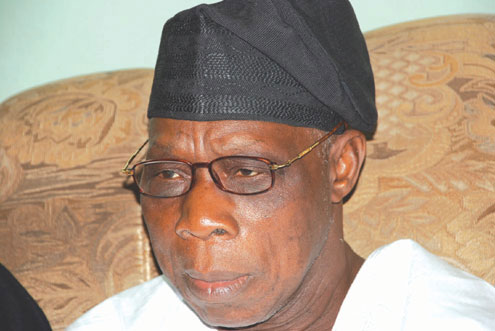 Former President, Chief Olusegun Obasanjo, has said that he has no apology to tender for his visit to the family of the late Yusuf Mohammed, leader of the Boko Haram sect in Maiduguri, Borno State.

He said the visit was through his personal initiative.

Speaking to P.M.NEWS through one of his aides on telephone this morning, Obasanjo said his visit should not generate any controversy, bitterness or rancour.

The aide told P.M.NEWS: â€œAs of fact, he (Obasanjo) was in Borno State yesterday. I believe that he has the right to travel to any part of the country as he wishes. Why should his visit be a source of debate on the pages of newspapers?

â€œSeries of reports were published in the dailies today on the visit. Baba (Obasanjo) owes nobody any explanation because nobody sent him there. No right thinking person or leader will sit down and watch things get worse and keep silent.

â€œDrastic issues beget drastic steps. People should stop insinuating unnecessarily. Obasanjo is one out a thousand leaders that are worried over the spate of bombings and killings in Nigeria.

â€œIf he has decided to champion the dialogue course and availed the government of his experience in peace keeping operations, to save the nation of further embarrassment of bomb explosions, I think two things are expected of us in this country.

He held a close-door meeting that lasted about two hours with his family members.

A source at the meeting said that Obasanjo had gone to appeal to the members of the family to appeal to the Boko Haram members to sheathe their swords and end the spate of bombings in the country.

Obasanjo also promised to inform President Goodluck Jonathan of the outcome of his meeting with the family.

The former president also condemned the 26 August bombing of the UN House in Abuja. He was in Sierra Leone when the incident happened.

Obasanjo, in his reaction, described the bombing as barbaric, ungodly and inhuman.

Reactions have been trailing the former presidentâ€™s visit yesterday to the family of the slain leader of the Boko Haram sect.

Many Nigerians are of the opinion that there should be no negotiation with the bombers. Rather, they should be brought to justice.