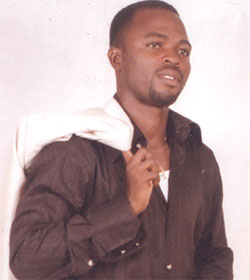 Youthful and dynamic Evangelist Ebenezer Obey sing-alike, Segun Famous, has debuted with a six-track album entitled Asiko Mi Ti To (My Time Is Due).

Segun Bethlehem, as he is also called, stated that he has been following Obeyâ€™s music since he was in secondary school and appreciates his valuable philosophical messages in virtually all his albums, thus making Obey his role model.

“Besides, I chose not only to sing like him but also to emulate his good character, godliness and kind disposition toward people,” he added.

Tracks in the album produced by Barry White at New Born Studio, Egbeda, are Asiko Mi Ti To, Segun Famous Mo Gbe De and E So Fun Eni Ti N S’aare, among others. It is being distributed by Cleemac Music, Lagos.