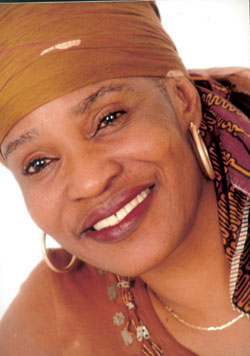 P.M. Entertainment learnt that today’s event is a special service of songs and tribute to the deceased.

According to Stella, the remains of her mother will be taken to Delta State tomorrow for burial at her husband’s compound in Ika Local Government Area of the state.

It will be followed by a church service on Sunday at Church of God Mission, Boji Boji, Owa, Agbor, also in Delta State.

The chief mourner, Stella, told P.M. Entertainment that she will do her best to give her mother a befitting burial, adding, “nothing is too much for a darling mother. Although she died at the age 80, it is not easy losing someone who was dear to one’s heart.”

She described her mother as a true African woman “because she was the one behind my success story today. I will miss her so much.”