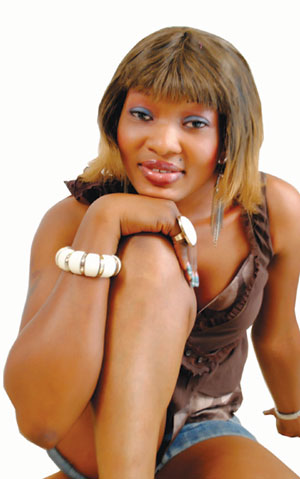 This are definitely time to smile and shine for beautiful Nollywood actress, Tolani Aderinto Adesoga, as she has now become the toast of a lot of movie buffs, especially those familiar with the Yoruba extraction of the Nigerian movie industry known as Nollywood.

Since she dropped her latest movie entitled Aje Lâ€™oju Onâ€™ile months back, people who watched it have continued to shower encomiums on her.

The movie, which featured two of the hottest male actors in Nollywood today, Odunlade Adekola and Femi Adebayo alongside other notable movie stars, has become a reference point for many movies in the market.

Reason for this are obvious: good role interpretation, quality production equipment, fantastic scripting and story line as well as clean and clear editing, among other qualities.

While she is still basking in the euphoria of her successful outing in Aje Lâ€™oju Onâ€™ile, a movie she personally produced, Tolani is not resting on her oars as she has gone back to location once again to shoot the follow up to the movie.

The new project, according to her, will surely surpass the success of her last movie.

â€œThe new movie we are shooting now is gulping a lot of strength and money even more than the widely talked about film, Aje Lâ€™oju Onâ€™ile that I produced last. Iâ€™m spending more money as well as strength this time around because I want to build on the success I achieved in the last movie. As the saying goes, to who much is given, much is expected, I want to prove to the public that when you talk about movie making, it is what I want to do and will do it very well. Remember, what is worth doing at all is worth doing very well,â€ explained the unassuming Tolani, who cut her teeth in acting under the popular Nollywood actor, Saheed Balogun years back.