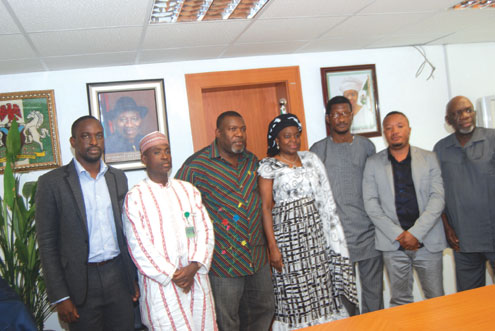 The Minister of State for the Federal Capital Territory, Chief Jumoke Akinjide, played host to members of the organising team of the 8th Abuja International Film Festival, who paid her a visit in her office to brief her on the level of preparations for the festival.

The ministry commended the perseverance of the organisers for holding the festival for the past eight years and informed them of her ministryâ€™s decision to start a strategic partnership with them from the next edition.

Although she promised the ministryâ€™s support of the ministry during this yearâ€™s edition, she reiterated that the desire of the Federal Government was to turn Abuja into a tourism hub for Nigeria and West Africa, while to her, the Abuja Film Festival is one of the veritable vehicles of propagating the tourism road map of the ministry. She therefore assured the organisers of governmentâ€™s support, noting that it is private/public partnership that will make the festival the biggest in Africa within the next three years.

In his response, the festival director and leader of delegation, Fidelis Duker, enumerated all the challenges the festival had faced in the last eight years and promised the minister that the event will continue to promote Abuja as a global tourism destination for Africa.

Duker also commended the minister for finding time to host and receive the team in spite of the short notice, promising that the team will not disappoint as the film festival has over the years been the flagship of film festivals in Nigeria.

He also used the opportunity to inform the minister that the festival has over the years attracted both local and international film makers.