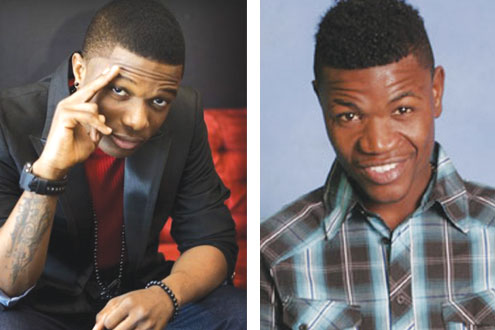 Despite series of negative reports to harm the career of rising sensation, Wizkid, the young artiste is trudging on with numbers ofÂ recognitionÂ and award nominations landing in his kitty. The â€˜Superstarâ€™ singer early this week, stunned many bookmakers as he has earned the honour as the only Nigerian artiste listed as nominee for the prestigious 18th edition of the MTV Europe Music Award scheduled to take place on Sunday 6 November at Belfast, Irelandâ€™s Odyssey Arena.

Wizkid is in contention under the World Wide Act category, a latest addition in this year event, which celebrates diversity and the breadth of all the music that MTV has to offer by nominating incredible artists from all corners of the world. He will square it up for honour in the Best Africa/India/Middle East Category with other stars on the continent like Cabo Snoop, Fally Ipupa and Black Coffee.

The award will be aired on MTV channels around the world including MTV (DStv 321) and MTV Base (DStv 322).

Meanwhile, two of the reigning queens of pop will go head to head at this yearâ€™s EMA in four of the same categories. Lady Gaga and Katy Perry will compete for Best Live, Best Pop and Best Female , as well as Best Song -Perry was nominated for Firework and Gaga for Born This Way. Gaga is also nominated for Best Video for Born This Way and Biggest Fans.