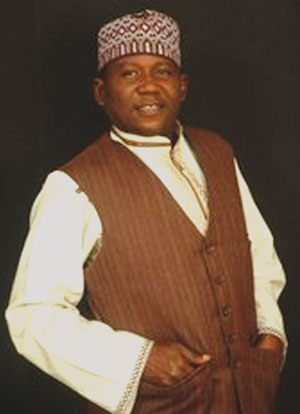 Frontline Islamic musician and current President of Islamic Musicians Association of Nigeria (ISMAN), Alhaji Wasiu Kayode As-Sideeq a.k.a. Baba â€˜nâ€™ Waka, spoke about the association, his career and other issues

Quite an age, what has been happening to you and your brand?

I am okay, Alhamdu lillahi for being alive today. Being a Muslim and in obeisance to what Almighty Allah said in the Holy Quran, whatever position we find ourselves, we must always be thankful to Him. Alhamdu lillahi, my music career is going on smoothly as expected. Musically, I am still very much active.

What is your view about Islamic singers featuring non-Muslims in their albums?

It is an eyesore. I have received several calls over the issue. To me, there is nothing bad in it, but you know, as a musician, one must try to do something that could be defended. I had a joint effort with Lanre Teriba (Atorise), organised by Alhaji Kola Balogun (Olori ebi) of Alariya Oodua, but unfortunately, I donâ€™t know why the work was not released. Last year, there was another one organised by Odumosu at Ajah, Lekki, Lagos, featuring Islamic and Christian musicians and over which I received several text messages condemning the project. Personally, I donâ€™t see anything bad in it if looked at critically and musically. Religious wise, our Musilm counterparts are known for their pull him down syndrome.

Who were those behind the criticisms and condemnations?

A lot of them raised an eyebrow over it amidst serious criticisms and condemnations. But I wonâ€™t like to mention names and will also not like to mention the name of the Sheik who querried me over the project. But in ISMAN, very soon, we will map out a strategy to guide our members over such projects in future.

Itâ€™s been insinuated that Alhaji Abdullahi Akinbode pioneered Islamic music in Nigeria, how true is this?

Alhaji Akinbode is not the pioneer of Islamic music, what he did then was that he popularised the music genre. What about the likes of Alhaji Wahabi Falawo of MSS fame, who relesed several albums before him? Akinbode only popularised the genre.

Before the exploits of Akinbode, there used to be various Muslim youth organisations, especially Alhaji Rafiu Babatunde-led YOUMBAS ANJAENA, who cut about two albums. Is it the emergence of acts like you, Akinbode and Alhaji Waidi Ariyo that led to their seemingly disappearance?

I donâ€™t know. They sang for their various organisations and each organisation has its rules and regulations. Even Alhaji Babatunde Rafiu was not a pioneer. If you are trying to pick the pioneer of Islamic music, you can mention Alhaji Azeez who led a group known then as Oyo, a Muslim Student Society (MSS), during the era of the late Chief Bola Ige, when activities of Muslim students organisations were banned in all secondary schools in Oyo State.

What led to their disappearance?

Almighty Allah knows. You see, MSS made me and the likes of Alhaji Falowo, Akinbode, Azeez and others. What I can say that led to their disappearance was the ban on MSS activities although Alhaji Akinbode formed his band known as Voice of Islamic Umar, which produced about six albums before he became Chief Missioner of NASFAT.

As the president of ISMAN, what about the crisis rocking the association?

No more crisis. It was just a power tussle and the problem emanated from Lagos State chapter of the association. It was a tussle between Ayeloyun and Damilola, who both vied for Lagos State chapterâ€™s governorship seat. Alhamidu lillahi, the matter has been amicably settled.

It was also alleged that you, Hamad Alawiye and Kamorudeen Ayeloyun are not in good terms, how true is this?

It is not true, Hamad even sent a text message to me recently and he does that always although he may be pretending. Ayeloyun, in his own case, exchanges pleasantries with me anywhere we meet. They are my younger brothers and colleagues, I canâ€™t quarrel with them.

In your career, has there been any point in time you felt like quitting?

Yes, that was 11 March, 2007. I cannot forget that date. I had a fatal accident and four of my band members died instantly. It will continue to linger in my memory. That was when I considered leaving the job, but Alhamdu lillahi, today, it is now a story.

You have a lot of albums to your credit, which of them can you describe as the one that gave you a major breakthrough?

The breakthrough came in 1993/94 when I released Eru Olorun. The album brought me to the limelight, but before it, I had released four or five albums. In fact, Eru Olorun brought me fame. I did the album on the stable of Babs Music and Video, Iyana-Ipaja, Lagos, and it is still making waves.

Apart from the accident, any other regrets?

I donâ€™t have any other regrets. I thank God, my albums are doing well in the market and despite the influx of several acts into the genre, Wasiu Kayode As-Sideeq is still relevant.

What advice do you have for your fans and colleagues?

My advice to them is live and let live. That has always been my philosophy of life. To my colleagues, they should not leave Almighty Allah and they should seek more knowledge, especially Arabic and Western education. As an artiste, I learn everyday.